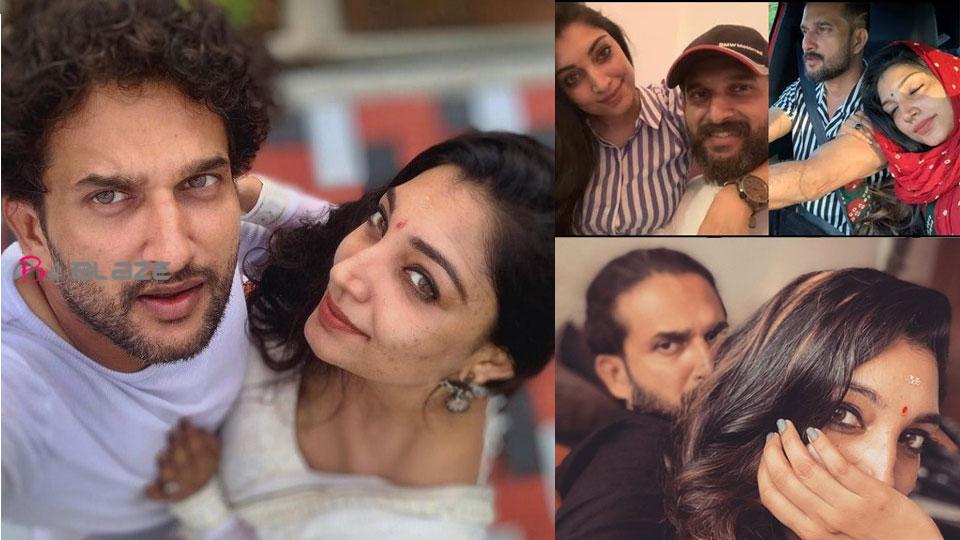 Ritu Mantra is one of the best contestants in the third season of Bigg Boss Malayalam. Ritu, who has acted in films like King Layer, Port, Role Models and Operation Java, has also competed in the Femina Miss India pageant. It is only after the arrival of the new season that more and more people are recognizing the season. However, Ritu was active on social media through Variety photoshoots. Ritu, a native of Kannur, has participated in many beauty pageants. Bigg Boss fans love the songs her, which is also a great singer. In Bigg Boss, Rithu is very quiet, with no noise or commotion in general. However, opportunities to speak are not wasted. The season is also actively involved in tasks. Ritu has previously said that his biggest weakness is the person who believes people to be blind. Ritu revealed this to the channel before she reached Bigg Boss. Now Bigg Boss lovers have picked up on some of the stories that the soulmate has revealed about the star. 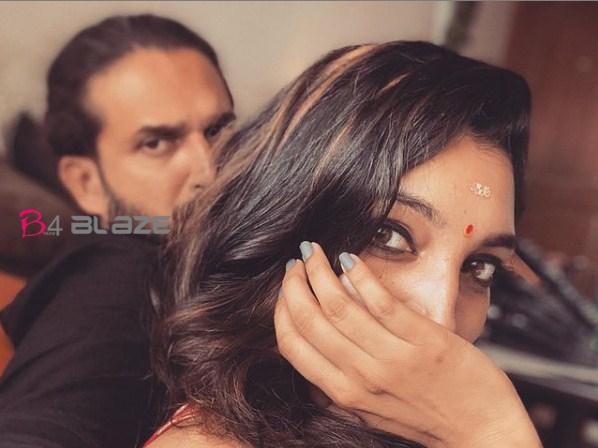 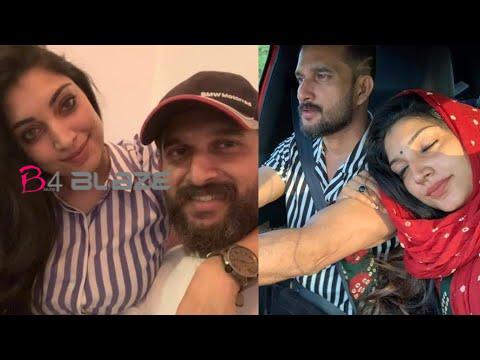 There are some rumour about Rithu with the contestants in Bigg Boss house. But Ritu had openly stated that she did not want to fall in love with Manikuttan or marry him. Meanwhile, there was a discussion on social media that the season’s closeness with Ramadan is romantic. Meanwhile, Ritu’s friend Jiya Irani answers questions about the actress. Jiya Irani arrived on Instagram in a Q&A secession. Bigg Boss also answers the question of who is the best competitor in the house. Jiya’s response was that she sees Bibi only because Ritu is there with Ritu’s beautiful picture. Asked if she is your lover, Jiya said soulmate. When asked about the wedding, Jiya posted a scene from the song ‘Makaramasathil Veli Kettit Appa Kalyanam’. When asked what was the connection between you and Ritu Mantra, Jiya jokingly gave the Airtel logo. 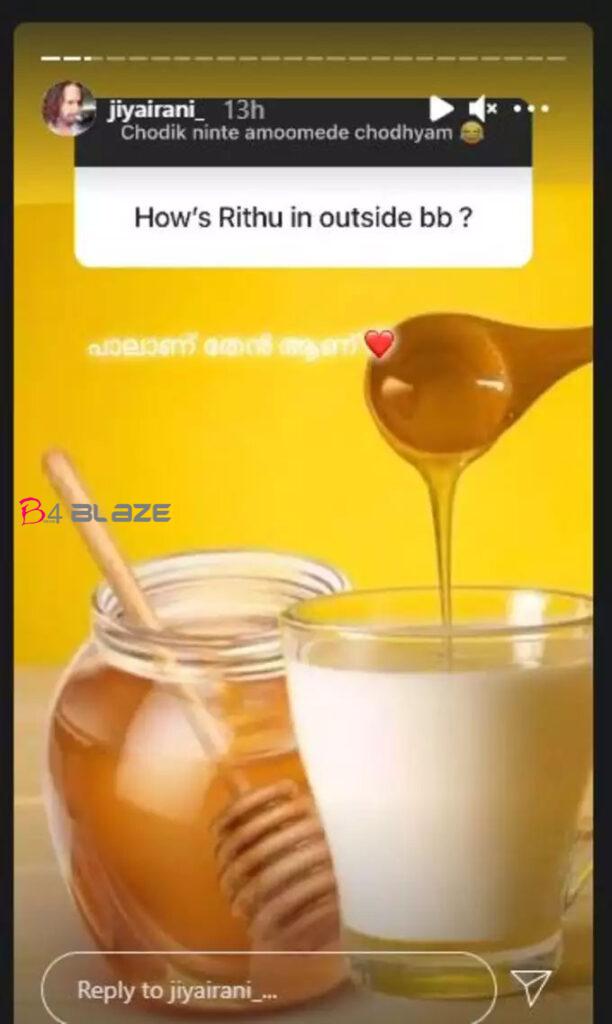