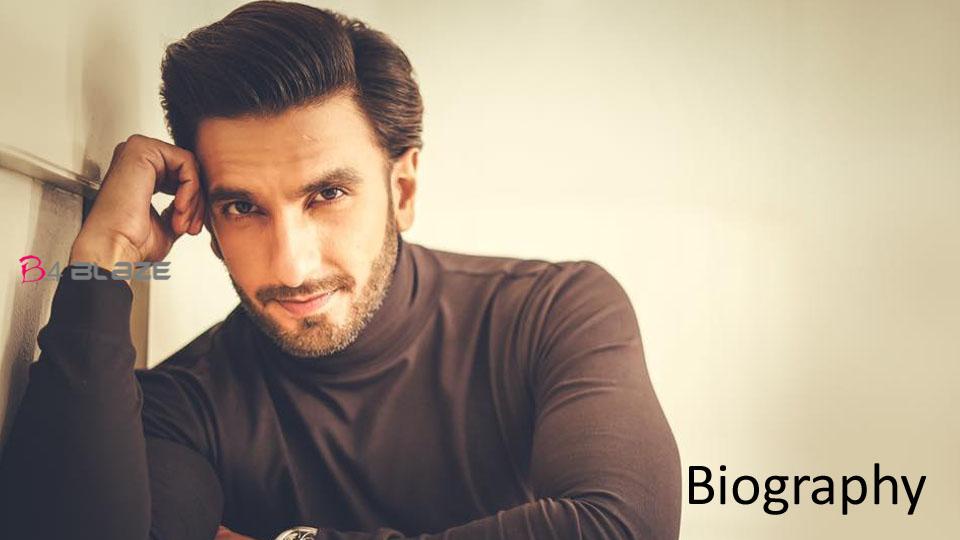 Ranveer Singh Bhavnani is an Indian actor who appears in Hindi films. The recipient of several awards, including four Filmfare Awards, Singh is among the highest-paid actors in the country and has featured in Forbes India’s Celebrity 100 list since 2012.

After completing a bachelor’s degree from Indiana University Bloomington, Singh returned to India to pursue a career in film. He briefly worked in advertising and made his acting debut in 2010 with a leading role in Yash Raj Films’ romantic comedy Band Baaja Baaraat. The film emerged as a critical and commercial success, earning him the Filmfare Award for Best Male Debut. He gained praise for playing a melancholic thief in the drama Lootera (2013), and established himself with his collaborations with Sanjay Leela Bhansali, beginning with the romance Goliyon Ki Raasleela Ram-Leela (2013).

Singh was born on 6 July 1985 into a Sindhi family in Bombay (now Mumbai), to Anju and Jagjit Singh Bhavnani. His grandparents moved to Bombay from Karachi, Sindh, in present-day Pakistan, during the Partition of India. He has an elder sister named Ritika Bhavnani. Singh is the maternal third cousin of actress Sonam Kapoor daughter of actor Anil Kapoor and wife Sunita Kapoor (née Bhavnani). Singh explains that he dropped his surname Bhavnani since he felt that the name would have been “too long, too many syllables”, thus downplaying his brand as a “saleable commodity”.

Singh always aspired to be an actor, participating in several school plays and debates. Once when he had gone to a birthday party, his grandmother asked him to dance and entertain her. Singh remembers that he suddenly jumped in the lawn and started dancing to the song “Chumma Chumma” from the 1991 action film, Hum. He felt the thrill of performing and was interested in acting and dancing. However, after he joined H.R. College of Commerce and Economics in Mumbai, Singh realized that getting a break in the film industry was not at all easy, as it was mostly people with a film background who got these opportunities. Feeling that the idea of acting was “too far-fetched”, Singh focused on creative writing. He went to the United States where he received his Bachelor of Arts degree from Indiana University. He married Deepika Padukone in 2018.

Twinkle Khanna covered her face with a sheet of paper, here is the reason!

‘Thupparivaalan 2’ rift: Mysskin out, Vishal to direct the film !!