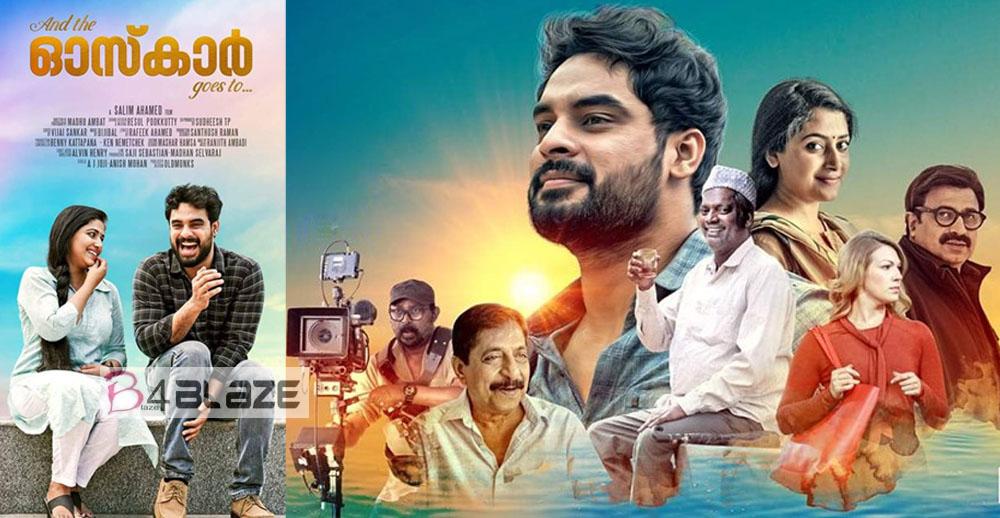 And The Oscar Goes To is a Malayalam comedy-drama movie, directed by Salim Ahamad. The movie stars Tovino Thomas and Anu Sithara in the lead roles.

1. And The Oscar Goes To Movie Box Office Collection

2. And The Oscar Goes To Movie Cast and Crew Details

And The Oscar Goes To.. Movie Cast and Crew details ,News, Complete Details

3. And The Oscar Goes To Movie Review

Giving birth to a film is no cakewalk, let alone bringing forth a movie about filmmaking. And evidently, director Salim Ahamed had enough arduous experiences during the process that inspired him to line them up to make a film. And getting a peek into this backstage madness can give one a real idea about the kind of passion and determination involved in it, despite the stress.

After years of search for a producer, Isaak Ibrahem decides to produce his maiden directorial. Things aren’t easy, but he isn’t without any support either. The film gets selected as India’s official entry for the Oscars. Great news, but what next?

There are no larger than life characters, heroism or punch lines in this film, which traces Isaak’s dreams and progresses in a realistic fashion. His struggles are often gingerly executed and one easily gets a closer look at the various layers beneath Isaak’s laughs. It dexterously shows how success can change equations, how there is a big queue of people waiting for their big break, how cinema continues to be a lost-but-not-forgotten love for many.

Though an inside view, the film packs in enough emotions that helps viewers connect with them all. Lead actor Tovino’s straight-off spontaneous act makes you feel for Isaak. He makes you wish that things work out fine for Isaak, whose strength is nothing but his passion. Yet again, Salim Kumar amazes you with the kind of expressions and emotions he brings to the table, and so does most of the other actors. Anu Sithara also plays a kind of role that one hasn’t seen her much in, with ease.

In the second half though, the film can appear a little too dramatic – not with the kind of situations but the way in which certain sequences are executed, especially the ones involving the PR agent outbursts and casual conversations in Hollywood. Taking a dig at second generation Indians in the US, though in a very brief scene, also came off as a cliched sequence.

One also can’t say that Isaak’s life is portrayed as a generic representation of the days of struggle behind filmmaking, where one doesn’t get any support. From many angles, he had help coming his way from various quarters and had a family that is mostly supportive – which isn’t the case with most film aspirants around us.

And The Oscar Goes To is a story of big dreams, perseverance and challenges. For those looking for some inspiration to dare to aim high, which makes most of us, it would be an apt pick for the weekend.

4. And The Oscar Goes To Movie HD Photos

5. And The Oskar Goes To Movie Official Trailer