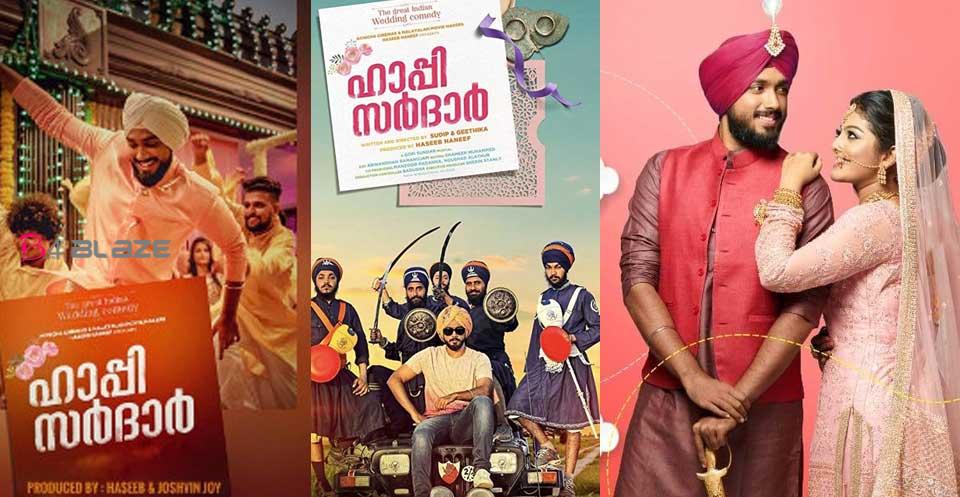 Cross-cultural romances are often ‘explosive’ affairs both on and off-screen in our country, thanks to parents who stick to their guns, while youngsters are unconcerned about region and religion. But cultural differences in love stories are also fertile ground for comedy if executed well. Does Happy Sardar tap this well? Punjabi-Malayali boy Happy Singh (Kalidas) and Mary (Merin Philip), a Knanaya girl fall in love.

But then comes the trickiest part – making their families fall in love. They set out to win over the parents, but as anyone can guess, it’s no cakewalk.

The film is light and frothy in parts. Kalidas has a decent screen presence as a young Mallu Sardar. New girl Merin looks cute in her different get-ups. There are a few good jokes by Sharafudheen’s character. It’s not always that one gets to see ceremonies of communities, such as the Knanayas, on the big screen and this film shows us quite a few such interesting aspects. The styling of the characters is good and song settings are nicely done.

The movie might resonate with those who have had inter-state weddings. At times, there are also some playful digs at each other’s cultures that are enjoyable. However, something that one needs strongly in a romantic tale is strong chemistry between the lead pair, which is sadly absent here. The film seems to neither care much about establishing why the duo is so into each other, nor does it really bother to captivate the audience. At times, the couple’s journey is even stretched to the point of extreme Bollywood-square disbelief. Certain in-your-face, impact-less evergreen dialogues and references are tough to ignore.

The parental tiffs expected in the tale are too stretched-out and overdone in certain sequences. The movie gathers its emotional heft mostly in the second half, even going to the extent of showing how the cultural hatred spread by the older generation corrupts young minds, but not with many effects. The second half of the film also often descends into a tiring melodrama that makes one squirm in the seat, waiting for the ending. The songs only serve to slacken the pace of the screenplay which is predictable to the extent of being seriously boring. Happy Sardar might impress those who care the best about a colorful narration, even in the absence of a story with a strong spine.ri and Sreenath Bhasi in the lead roles.