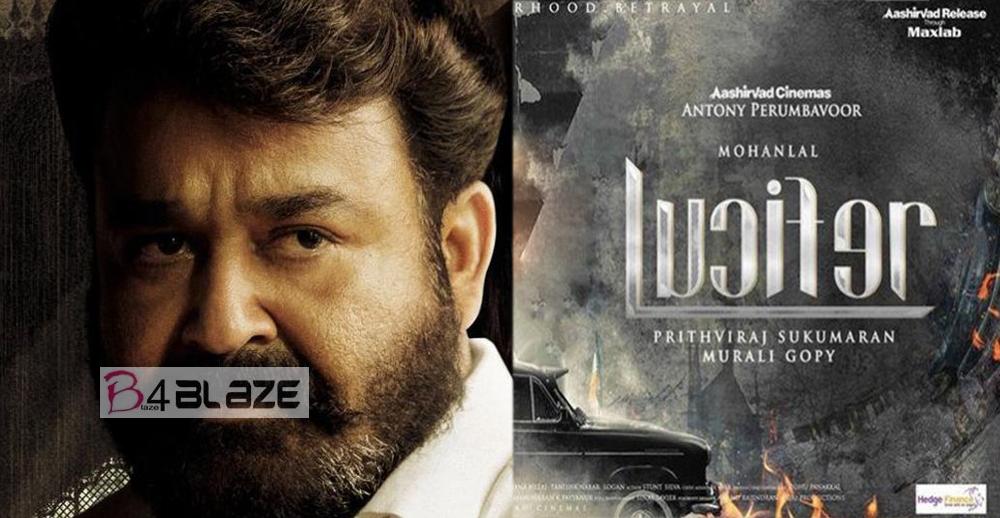 Lucifer is a humungous bringing back effort with references to the past legacy of the characters which could never rest in oblivion but had retired from the big screen that thence seemed irrevocable.Stephè achayan epitomises the culmination of all these glorious efforts of the past …a cocky cop slaming hero , the antagonist to drug Lords , the gold smugler glory , the kingpin who keeps a low profile in a country side with roots in traditional martial arts who himself is a Lord for his country men…

However the film is a swagger in itself, shot on a massive background with anamorphic shots flooding and quality seen like never before …the multi dimensional script with shrewd backdrop that unfolds the obscurity ( yet evident ) and satirically unravels the mockery of the present Indian political scenario that is mortgaged to money. It is appreciable that amidst the cinematic hustle the film manages to realistically portray the pathethic situation of women being preyed upon in a patriachal state irrespective of where they belong…

The film justifies the war between evils but protagonises the one which is less poisonous among comparison.The inceptive directorial effort from Prithviraj is a treat for fans and enthusiasts of the popular cults by transfiguring the asthetics intricate to Mohanlal‘s maestroic legacy.Many had Lucifer, compared with Petta, for the fanboy effort in glorifying his ideal however Lucifer with facets unparalleled is a class act and a conscious effort that provokes to celebrate the theatrical experience.. The artists in the film had been at their quintessential best with Vivek oberoi and Manju Warrior with their class acts and the dedicated excellence by the restUltimately Mohanalal is back on the big screen, just the way a 90s kid would have wanted to celebrate him

Ramya Krishnan’s Next with this Legendary Super Star.

Mammootty’s daughter Surumi Shows her own identity in paintings