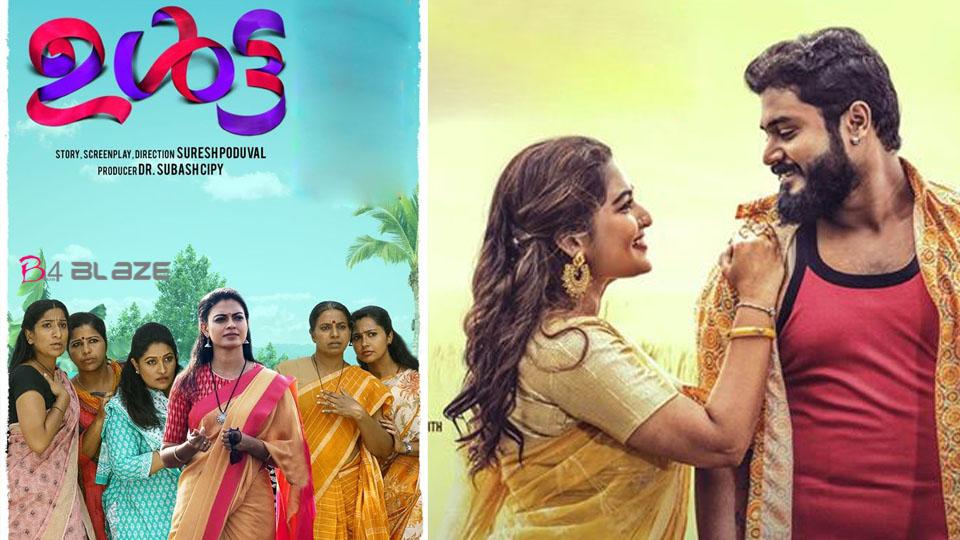 Ulta is an Indian Malayalam-language comedy-drama film written and directed by Suresh Poduval and produced by Dr. Subash Cipy under the production banner Cipy Creative Works Pvt. Ltd. The film stars Gokul Suresh, Anusree and Prayaga Martin in the lead roles, with Renji Panicker, Ramesh Pisharody, Kalabhavan Shajohn and Siddique in supporting roles. The movie reportedly is a comedy entertainer which is set up in the backdrop of a village. Principal photography began by October 2018 in Kannur, Kerala.

‘These are days when a woman has to have another woman’s back,’ Lekshmiamma (KPAC Lalitha) says strikingly to give confidence to a team of women so that they are not shattered by an attack that she faced at night. Ulta looks at the plight of women and the debate on women’s empowerment. Fictional land Ponnapuram would be a dream village for any woman who wishes to see a place run by women. They control every sector in the village and their power haunts the men here. The village seems to have a men versus woman mentality, under the leadership of Purushothaman, played by Ramesh Pisharody, and women grouped under his wife Pournami, played by Anusree. The height of Purushothaman’s anti-women sentiment is revealed when he cries out ‘ente acha’ instead of ‘ammae’ when a coconut falls on his head. Purushothaman, with his friends, played by actors Binu Adimali, Jaffer Idukki, Muhammed Perambra and Sinoj Varghese, are on a mission to end the women’s rule of Poonnapuram. The twist comes when Pournami hires Chandru (Gokul Suresh) as a martial arts teacher for the women in the village after Pournami and her sister Parvathy (Prayaga Martin) are also attacked one night. However, things don’t rest easy with that move. Will the women’s security be under threat? Gokul Suresh and Prayaga Martin bring the romantic element to the film.

The lovey-dovey couple upsets life in Ponnapuram village. The opening song, Keralamanante Naadu, sung by Vaikom Vijayalakshmi, establishes how self-sufficient the women are. The film continues to show how they can overpower men. However, the second half becomes predictable with the entry of new characters, including Kalabhavan Shahjon, and Siddique who plays a policeman. Though the first half emphasises women’s empowerment, the second half talks about how women should not become egoistic against men, and how the genders should work together, which seems sane advice from director Suresh Poduval. The film is action packed, with moments of humour by Jaffer Idukki, Thesni Khan, Surabhi Lekshmi and Sethulekshmi.

The director who portrayed Chandru as a martial arts trainer for the women in the village seems to have forgotten about this later. The idea that a woman should fight for another woman also fizzles out. The makers could have also given some action sequences to Anusree or Prayaga, to convey the message that woman power cannot be suppressed. But the fun-filled entertainment, with good songs by Gopi Sundar, does not bore you till the end.