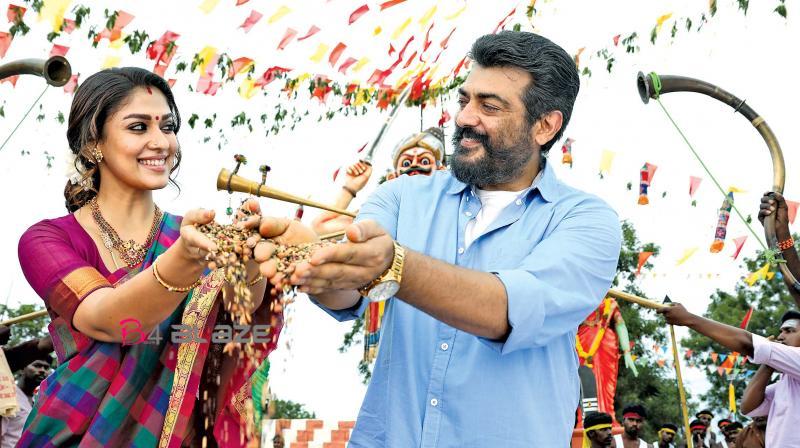 Viswasam is a 2019 Indian Tamil language action film written and directed by Siva. The film features Ajith Kumar and Nayanthara in lead roles. Produced by Sathya Jyothi Films, the film was officially announced on 20 November 2017 and principal photography began in May 2018. The film was released on 10 January 2019.

Ajith and Siva have collaborated for the fourth time in Viswasam – this time the duo has gone back to their roots. The film has more similarity with their first outing, Veeram, in terms of the ingredients included for fans and family audience. Like the latter, this too is set against a village which has its protagonist loved by the villagers for his valour and honesty.

Thookku Durai (Ajith) is the darling of his family and lives life by his own rules. His life changes when doctor Niranjana (Nayanthara) visits his village for a medical camp. Though both of them have contrasting characters, they get married as Niranjana strongly believed that they would make a good pair. However, Durai’s hastiness in taking decisions and unwillingness in staying away from settling disputes even after becoming a father harm their relationship. A disappointed Niranjana moves to Mumbai with their daughter to ensure a better life for her.

Durai, who has been constantly asked by his family members to start a fresh life with his wife, goes to Mumbai to meet her and his daughter whom he hasn’t met for almost a decade.

Upon reaching Mumbai, he learns that his daughter’s life is in danger. Gautham Veer (Jagapathi Babu), a crooked business tycoon, wants her life as he believes she’s the reason for his daughter’s ill health. How Durai safeguards her daughter from Gautham forms the rest of the story.

The screenplay has been developed in such a way to please both the star’s fans and family audience. There are scenes where Ajith fans go merry while there are ample emotional elements that go in tandem with the story. A message, too, is delivered towards the end.

After playing a larger than life hero in back to back movies, it’s a welcome change for Ajith as there are sequences where other characters dominate him in the story. His part as a doting father after Yennal Arindhaal will be lapped up by those who love family dramas. Nayanthara and Baby Anikha are the other backbones of the film, thanks to their good performances. Though a decent outing with the other artistes like Vivekh, Thambi Ramaiah and Robo Shankar, too, delivering what’s expected from them, the film doesn’t have anything new to offer. The film follows the regular template in its narration and changes track at a point keeping in mind to reach all sections of audience. The plot also becomes predictable once the real story unfolds. But the lack of evident flaws make it a one time watch entertainer.

A Still from Viswasam 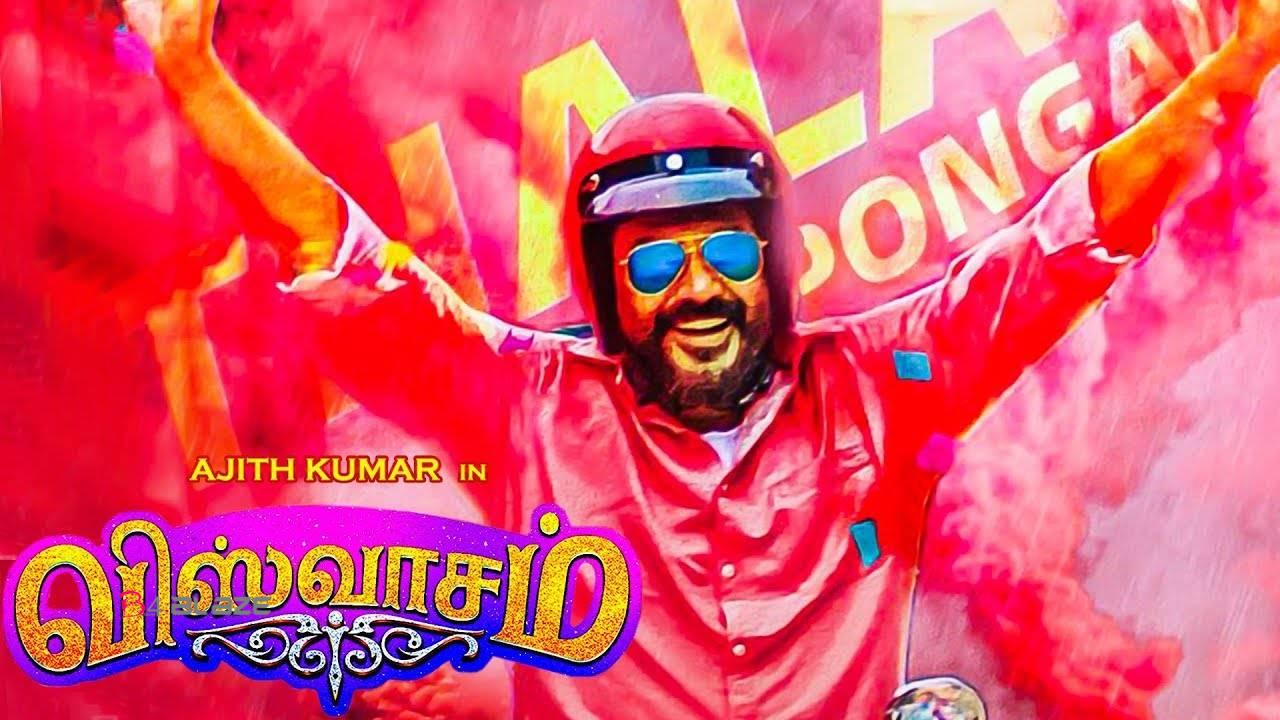 viswasam creates the history in Malaysia 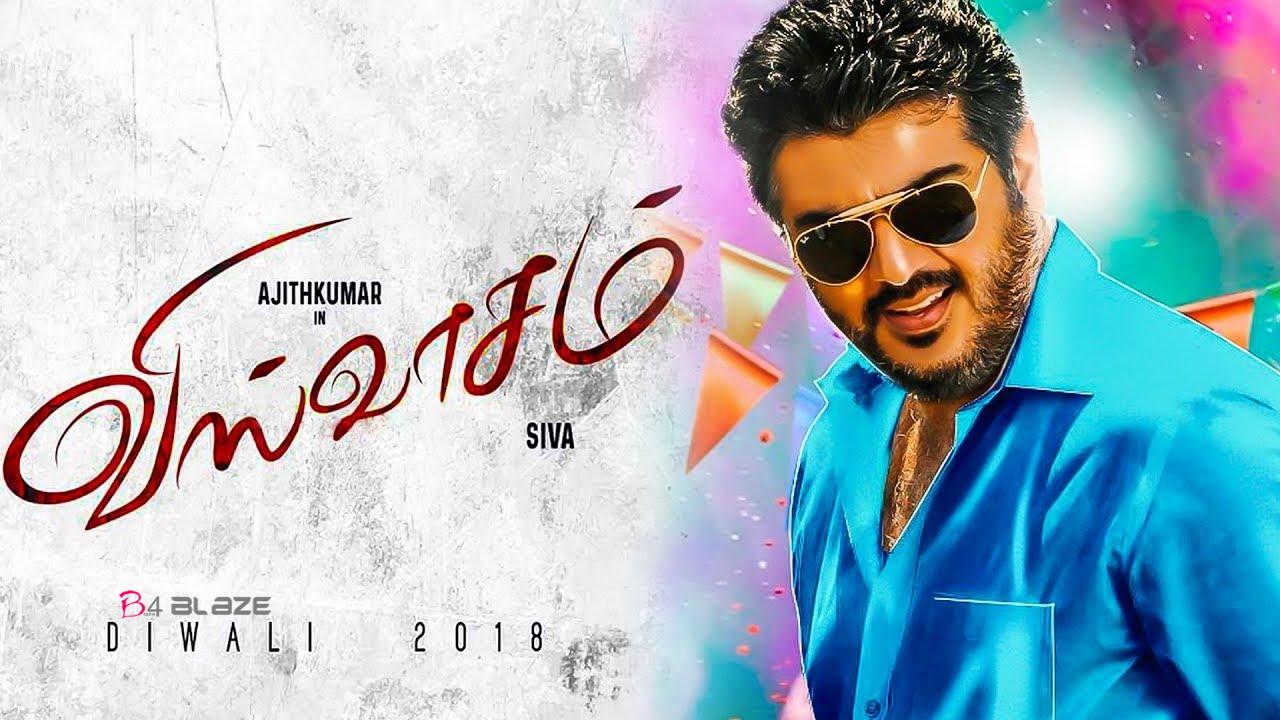 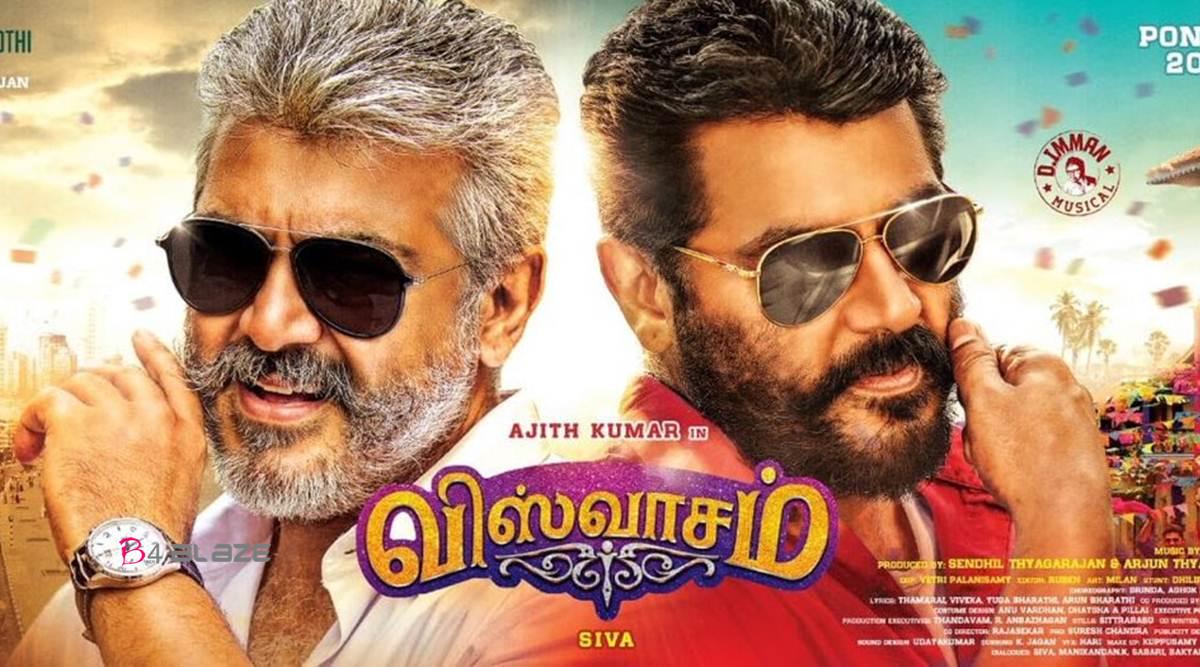