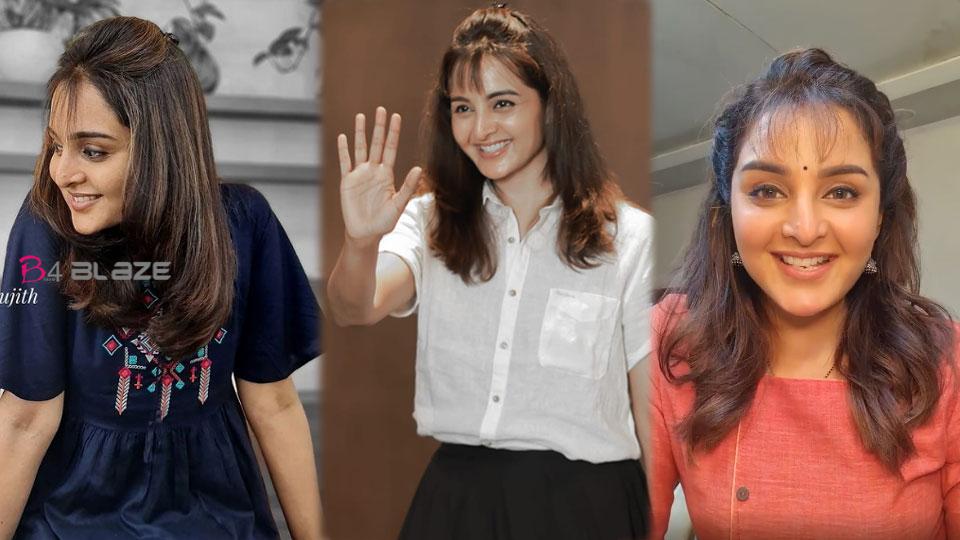 ‘Chaturmukham,’ a movie starring Manju Warrier and Sunny Wayne. Sunny Wayne will play the role of Antony when Manju plays the role of Tejaswini in the first techno-horror film in Malayalam. Now, Manju revealed her beauty secret in an interview and the interesting interview between the two is catching the attention of social media. Manju Warrier’s new look went viral on social media yesterday. During the interview, the presenter asked about Manju’s change and what is the secret of this beauty. “to sustain with the actors like Sunny in the industry?” Manju replied with a laugh. “I try each type of look by naming each of the characters,” said Manju.”This is proof that Manju takes the acting profession very seriously,” Sunny had to say about Manju’s look.

When asked about the chemistry between the two, Sunny cunningly replied, “We are the enemy at the begining.” Manju says that she quickly fell in love with Sunny and now Sunny Wayne is one of the best friends in her life. “Sharing our characters in the film is also a very interesting bond. He also gave me a role in a movie produced by Sunny. ”The film also stars Niranjana Anoop, Shyamaprasad, Srikanth Murali, Rony David, Navas Vallikunnu, Shaju Sreedhar and Kalabhavan Prajod. It is reported that Manju Warrier is also shining in action sequences in the film. Newcomers Ranjith Kamala Shankar and Salil V are directing the film. The film is produced by Jiss Toms and Justin Thomas under the banner of Jiss Toms Movies in association with Manju Warrier Productions. The film is co-written by Abhayakumar K and Anil Kurian, co – writers of Punyalan Agarbathis and Suzuki Sudhi Valmikam.