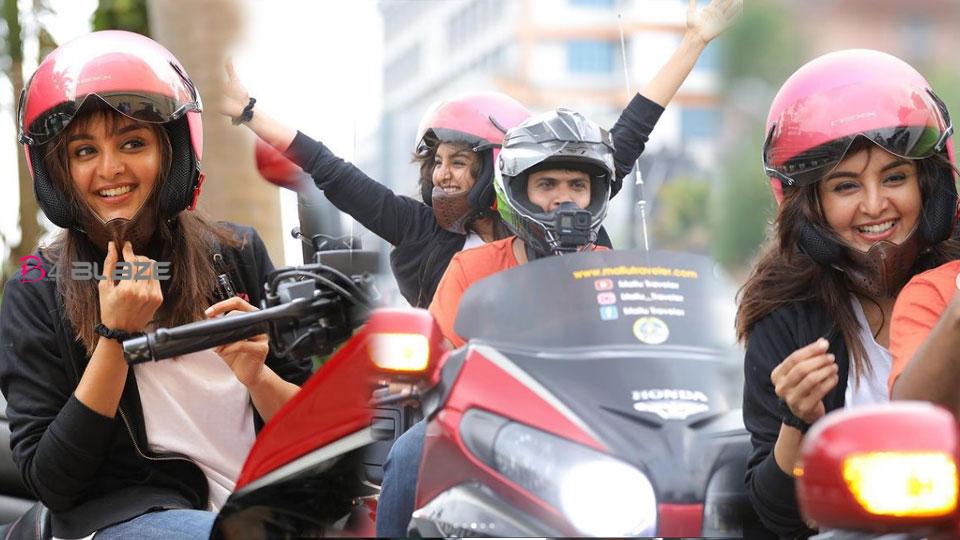 As part of the ‘Chaturmukham’ film promotion, the pictures and videos of Manju’s bike ride with Shakeer Suban, the vlogger and owner of the YouTube channel Mallu Traveler, are now catching the attention of social media. When Manju was unexpectedly spotted on the road, people waved to the actress and greeted her. Manju says that she has been riding her bike through Kochi for a long time and that is why she enjoys this journey so much.

‘Chaturmukham’ starring Manju Warrier and Sunny Wayne has hit the theatres today. Chatur Mukham is the first techno-horror film in Malayalam cinema to deal with an intricate and intriguing concept in storytelling and presentation excellence. Apart from Manju Warrier and Sunny Wayne, Alanzier, Niranjana Anoop, Shyamaprasad, Srikanth Murali and Kalabhavan Prajod are in the lead roles.