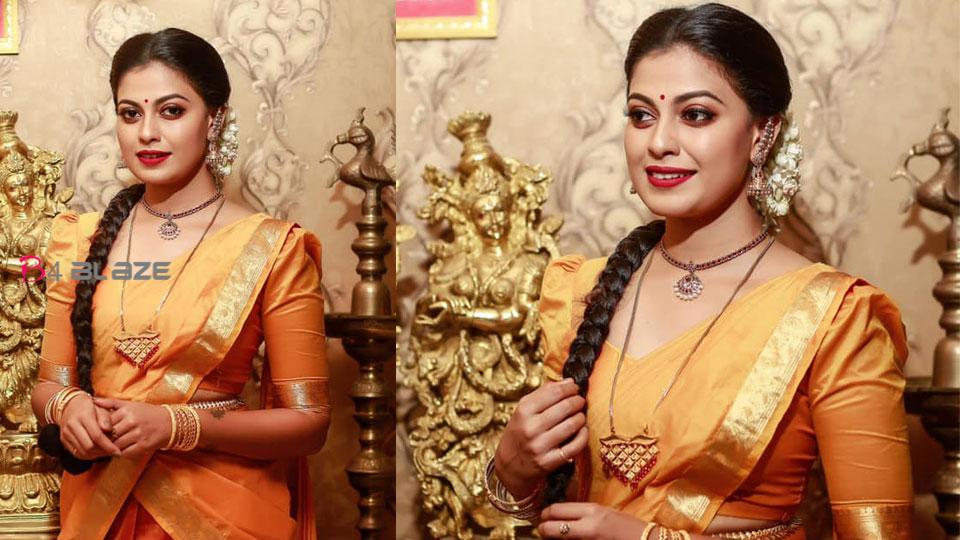 Anusree, the beloved heroine of the Malayalees, came forward many people for and against the modern look photoshoot she shared last day. Anyway, the actress has now come up with a traditional photoshoot that the Malayalee wants to see and move away from the modern look. The actor was photographed by Pranav Raj in Half Saree.

Anushree is a popular actress in the movie Diamond Necklace directed by Lal Jose. In a very short span of time, the actress has become the heroine of all Malayalam superstars. There are many heroines who came to Malayalam cinema through reality shows. But not everyone is as bright as the leading actresses. But Anushree is the actress who came into the minds of the Malayalees by playing the role of Rajasree and calling herself Arunetta. Anushree’s film career spans from diamond necklaces to roosters.

Anusree’s ridiculous reply to the Criticism!