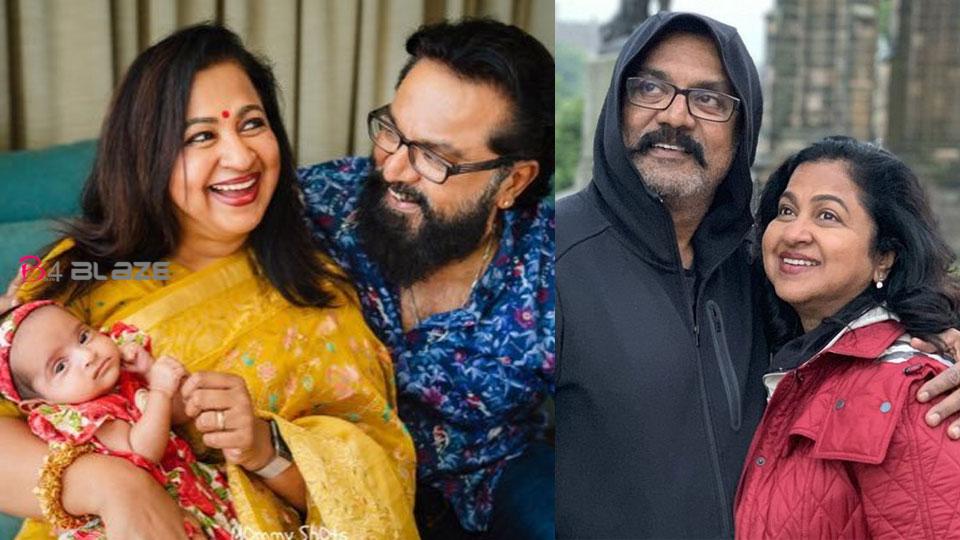 Sarathkumar, who is notable as an actor and politician, is celebrating his birthday today. Though he mostly acts in Tamil, Sarathkumar has made his mark in Malayalam, Telugu, Kannada and all over South India. Malayalees also like to be known as Idachena Kunkan of Pazhashiraja. Sarathkumar’s birthday news is coming out now. Social media is full of congratulations. His wife Radhika is also in the group.

Radhika greeted the audience with pictures shared on social media. With this, their love story and marriages are being discussed again. Radhika and Sarathkumar were celebrating their birthday with their son Rahul. The celebration was a simple ceremony of cutting the cake. Radhika posted a picture of herself hugging her husband while cutting the cake. The caption of the movie was ‘Our real Sarathkumar’. Afterwards, all the prominent stars and fans came on stage to congratulate Sarathkumar. Questions were also raised about the star couple’s specialties.

Sarathkumar and Radhika are a leading couple in Tamil. The couple, who have been married more than once, were married in 2001. It was Radhika’s third marriage and Sarathkumar’s second marriage. Chaya Devi is Sarathkumar’s first wife. In this relationship he has two daughters, Varalakshmi and Pooja. Varalakshmi Sarathkumar is currently a notable actress in South India. Despite her father’s name, Taraputri was able to find a place of her own in the film.

Radhika was first married to Malayalam actor Prathap Pothen. They were married in 1985 and separated within a year. Radhika later married Richard Hardy, a British man, in 1990. The relationship ended in 1992. It’s a daughter named Ryan. Sarathkumar and Radhika reunited in 2001 after their first two marriages ended in divorce. In 2004, they had another son, Rahul.

Radhika, Sarathkumar and Arvind Swamy all had a good circle of friends. They all used to get together and have parties. ‘Sarath and I have been friends for a long time. We would talk a lot. They used to tell stories and go out together. For the first time his mother intervened and said you can do whatever you want. He also suggested that it would be better to marry him.

It was good to ensure a safety for daughter Ryan. Later I thought it could not be done. Radhika’s mother played an important role in shaping her life. That is how Radhika and Sarathkumar got married in February 2001. After her marriage, Sarath was busy with movies and Radhika on television. In the meanwhile, he had entered politics.

Daughter Varalakshmi has revealed many times about the marriage between Radhika and Sarathkumar. Radhika is not her mother. She is called Aunty. Have a close relationship with them. Father Sarathkumar and Radhika are happily enjoying their married life. Varalakshmi had earlier said that Radhika’s daughter Ryan Sarathkumar is also a good father.

Regina Cassandra to make a big appearance in Bollywood close by Sonam Kapoor !