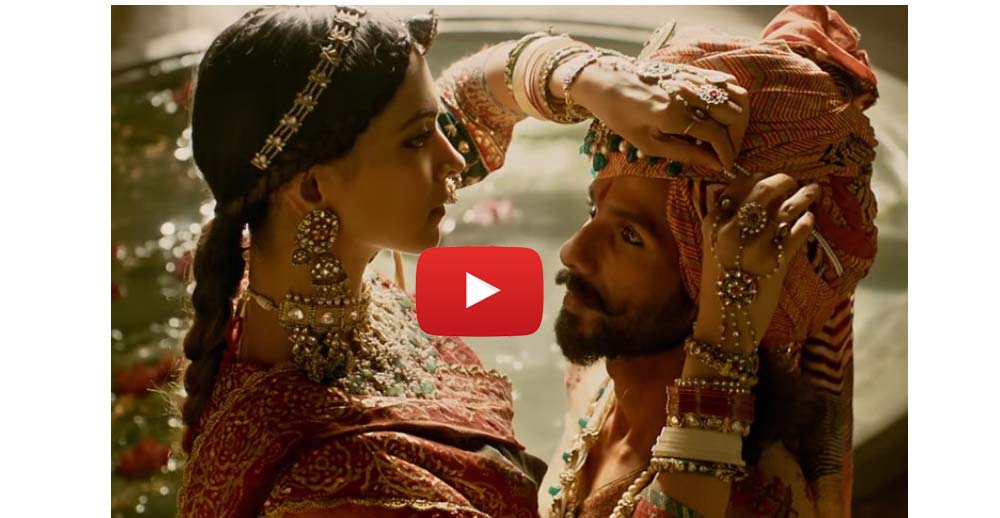 Sanjay Leela Bhansali, accept a bow. The trailer of Shahid Kapoor, Deepika Padukone and Ranveer Singh’s forthcoming period-drama gave Twitterati and netizens quite a field day ever since it was dropped at 1:03 pm yesterday.

Padmavati trailer has been trending on number 1 on YouTube and within 24 hours of its release, the magnum opus has landed a record in its kitty already.In a recent Instagram post shared by Shahid Kapoor, he revealed that the promo has received the highest number of views in 24 hours for a trailer on YouTube.

The trailer which has already raked in over 15 million views introduces Deepika Padukone as Rani Padmini in a spellcasting, regal avatar, Shahid Kapoor as the chivalrous and fierce Rajput king, Maharawal Ratan Singh and Ranveer Singh as the brutal Sultan Alauddin Khilji. Keeping the dialogues to bare minimum in the trailer, Sanjay Leela Bhansali has beautifully conveyed the tale of heroism and love with utmost delicacy and detailing. His projection of the unadulterated love story of Ratan Singh and Padmini and the dark clouds of Alauddin Khilji’s tyrants hovering over, is so beautiful that you would want to watch it on repeat mode.

The historic drama was set for a November 17, 2017 release initially but owing to the troubles along the way, Bhansali had to push his ambitious project to December 1st. Shot over a span of one year, Padmavati truly has brought the best out of every one onboard and the trailer crafted to perfection is proof enough. The man is a perfectionist when it comes to period-drama. Period.

Related Topics:Deepika Padukone
Up Next

Vijay isn’t the main motivation to watch Mersal, here are others !!!