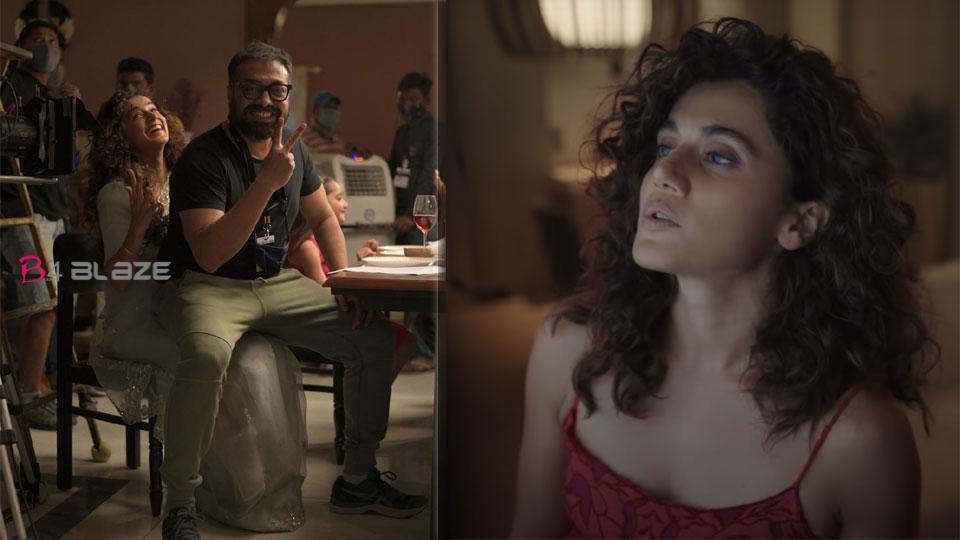 The Income Tax Department raided the offices and homes owned by Bollywood actress Taapsee Pannu and director and actor Anurag Kashyap yesterday. Criticism has been mounting that the raid against the two was prompted by recent criticism of the central government on social media. Now, the three-day-long raid, and then resuming the shoot of his new film Anurag Kashyap tweeted the resuming of the paused film.

and we restart our shoot #DoBaaraa pic.twitter.com/dvSuDcxbKF

‘Manmarsiyan “After the movie, Anurag Kashyap and Taapasee pannu’s reunion ‘Dobara’ behind the scene of a picture from the set of the movie Anurag share tweets. “We have resumed our Dobara shoot,” he wrote, with a picture of Victory gesturing while sitting on Taapsee’s lap. Dobra’s announcement teaser was released last month and received a lot of attention. The teaser hinted that it was a time travel thriller.

Actress Taapsee Pannu tweeted her reaction this morning to the Income Tax Department raid. During a three-day search, the actor said that the authorities had asked for the keys to the bungalow she did not have in Paris and the receipt for the Rs 5 crore deal. Taapsee’s sarcastic tweet was against the central government and Kangana Ranaut.