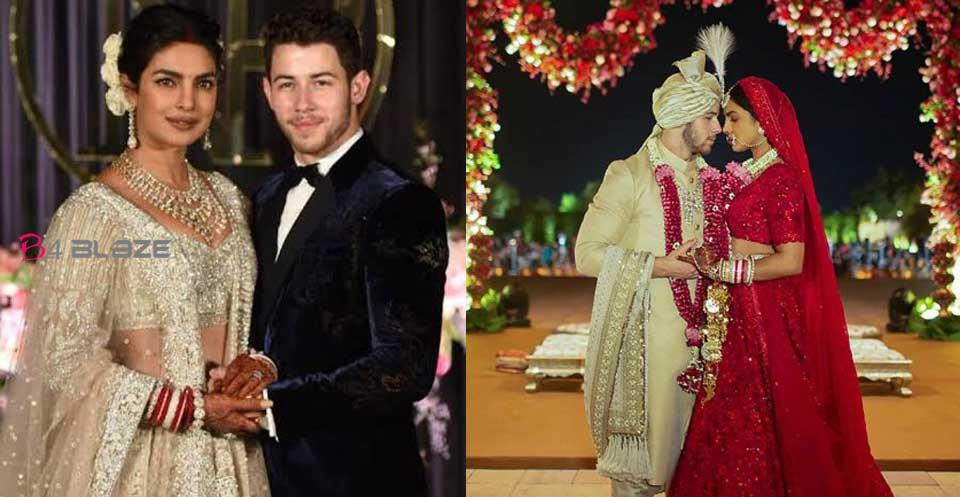 Her husband, Nick, shared his first wedding greeting with her wedding pictures and video. This is my promise. Not just today but forever. Thank you so much for giving us beautiful moments in life. And thank you for choosing me for life. Thanks to all who loved them and wished them all well tara was married on December 2. The celebrities got married on the basis of the Jodhpuri Hindu-Christian ritual. Marriage was originally a Hindu custom. The celebrities then got married under Christian decree. Only close relatives and

friends attended the wedding today. Even before the honeymoon period, the controversy had attracted controversy. News of the divorce was rampant. It was rumored at the time that Priyanka was not Nick’s wife. There have been reports of divorce soon. However, celebrities who had not yet responded to the controversy began to make headlines. The Hollywood celebrity has revealed that she will take legal action against them.

Priyanka returned to the cinema after a short break after getting married. They were celebrating their marriage. The star shared pictures and videos of her travels with her husband on social media. In addition, Priyanka was an active presence at Nick’s concert. Priyanka had come to the venue with her husband’s full support, forgetting about her role. Actress Priyanka Chopra has revealed about her success in her family

life. The reason is the system between him and Nick. It is constantly in contact with any corner of the world. They can also be contacted via video call. Similarly, we have been missing for two to three weeks, “Priyanka said. I am very happy to be able to marry someone who understands what I want and understands. They are the people who see the work as important. Both of them are hardworking and successful in their lives. Priyanka also said that the two support one another.

The duo were spotted at the 2017 Met Gala venue. Their friendship later became romantic. The two shared their love affair while their video and video of their dating together went viral. The couple got married on December 2, 2018, just after they celebrated their love life.

Jyothika, I Love You Surya ! Diya and Dev talk about their mother’s new movie