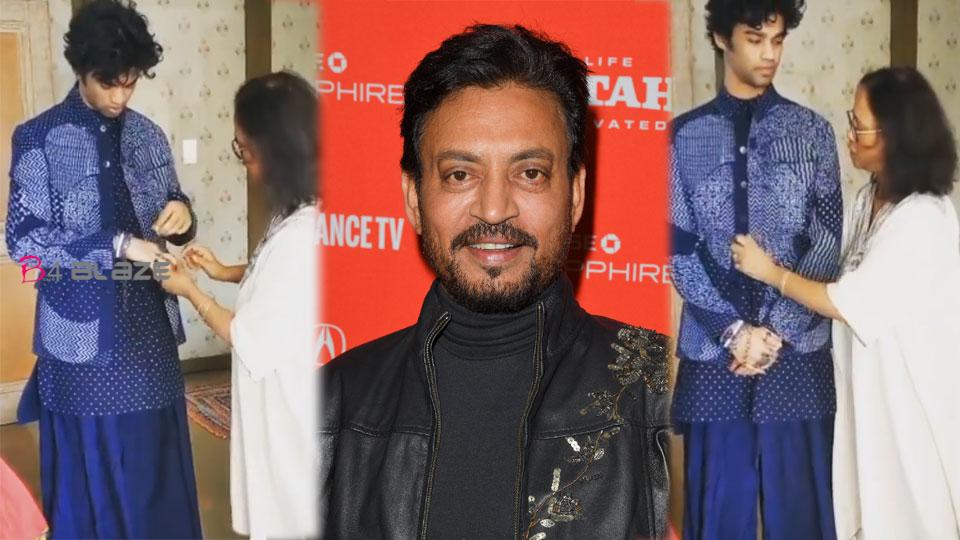 The death of Irrfan was the biggest shock to Indian cinema. He said goodbye to many of the best characters left. One year after Irrfan,’s departure, the Best Actor award is being sought for him. Unusually, this year’s Filmfare Awards was not colourful, but an emotional one. The reason is that Irrfan was the best actor. Irrfan also won the Lifetime Achievement Award. . The actress was sought after for her performance in the last film, Ang Gracie Medium. He also won the Lifetime Achievement Award. Irrfan’s son Babil came to receive the award for his father. However, Irrfan did not receive the award for his performance in English. April 29 is being one year since Irrfan’s death. Irrfan was replaced by his son Babil. The actress shared the post with a video of her mother getting dressed to go to the ceremony. “Some people say my dad’s shoes don’t fit, but my dad’s clothes fit me,” Babil said. Babil also told the story behind the dress. My father used to be reluctant to attend fashion shows. But wearing this dress, his father attended a show. This was in order to get out of his comfort zone. I did the same. – About the Babil.