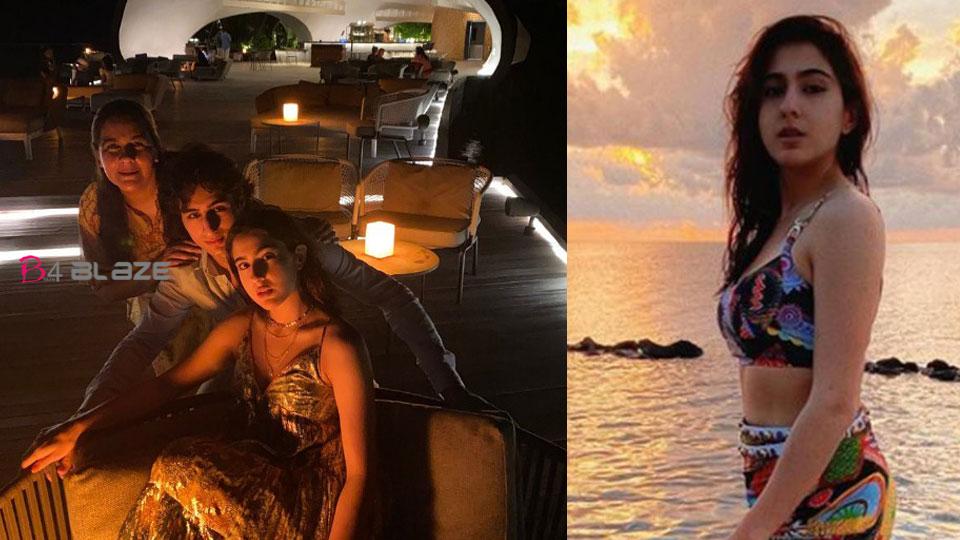 Actress Sara Ali Khan shares some new updates of the Maldives holiday with her brother Ibrahim Ali Khan and mother Amrita Singh. Sara praised Ibrahim with a special photo. Sara wrote, “Brother my …, I love my younger brother.” In the picture Sara shared, Ibrahim is seen around the sea wearing a blue shirt.

Sara has also shared a video in which she is seen cycling in the resort itself. Sara is constantly sharing all the updates related to these holidays. Two days ago, he posted many of his photos. Needless to say that she looked very beautiful in these pictures.

It has been hoped that Ibrahim, like his parents, will join the film industry and try his luck in the acting world. In an interaction with E-Times, Sara Ali Khan spoke about Ibrahim’s good sense of humor. He said, “Ibrahim’s humor is quite interesting. My only advice to him would be to just be an all round person. I think films are a good business and he would feel very lucky to be a part of this industry. If he needs advice in terms of acting or anything else, then there are many people in the family with whom he can talk about things. There are a million times better actors and stars in the family than me. ”

Sara Ali Khan further added that I do not think it is my position now that I give tips to anyone, but I will definitely say that it is very important to experience different things in life. Whether it is studying, traveling, talking or testing people, these things are very important. This is the one thing I would say to him. Apart from this he has mother-father and many people who can tell him what he should do.

Let me tell you that Sara Ali Khan recently did Coolie No.1 with Varun Dhawan. However, this film was not liked as expected. From the film review to the audience’s social media opinion, the film was heavily criticized.