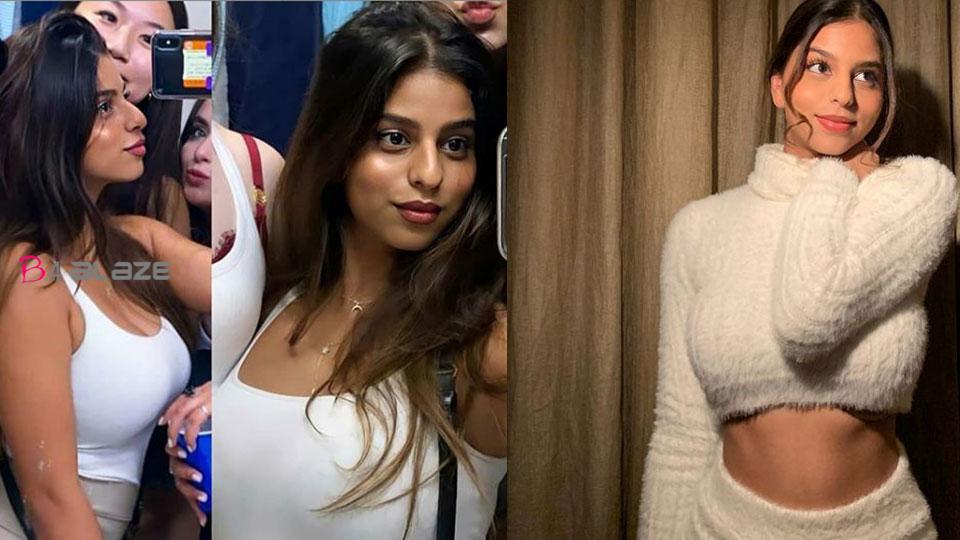 Actor Shahrukh Khan’s daughter Suhana often shares her photos on social media. Not only this, she is often seen sharing her photos in different ways. She has now shared two of her photos in Instagram Story, in which she is seen talking to the eyes. Suhana has also written a caption with these pictures. In the first picture, Suhana’s eyes are seen open. Suhana with big and beautiful eyes has written in the caption with it, ‘eyes wide’. Apart from this, another picture shows his eyes closed. With this picture Suhana wrote, Shut Get It. This is how Suhana is seen talking to her on Instagram.

Suhana often shares her photos with her friend Ananya Pandey and others. Earlier on 31 December, Suhana Khan shared her three pictures. In these pictures, she was seen wearing a white colored fluffy top. Commenting on this picture, Suhana’s friend Shanaya Kapoor wrote, “Are you really you?” Suhana Khan is followed by 1.4 million people on Instagram. Even though Suhana has not acted in any film, her fan followings show how popular she is.

Shahrukh Khan’s daughter Suhana is studying in New York University. She has returned to the US after spending a long period of 2020 in India during the Corona period. Earlier, she had gone to Dubai with her family, including father Shah Rukh Khan. Actually, during the IPL, Shahrukh Khan had taken the family and the whole family was seen enjoying. Suhana Khan was seen in many matches of Kolkata Knight Riders during IPL. Suhana has often expressed her views on social issues. In September last year, Suhana Khan wrote about apartheid, ‘I was told by many older women and men that I don’t look good. He said this because of my color, when I was only 12 years old at that time.

After completing studies, Suhana Khan can join the film industry. In an interview to Hindustan Times recently, Shah Rukh Khan had said, “If Suhana Khan wants to act then she will have to learn three to 4 years more. I know that many of my friends in the industry feel that my children should join acting from tomorrow. However, I believe they should refrain from doing so for now.