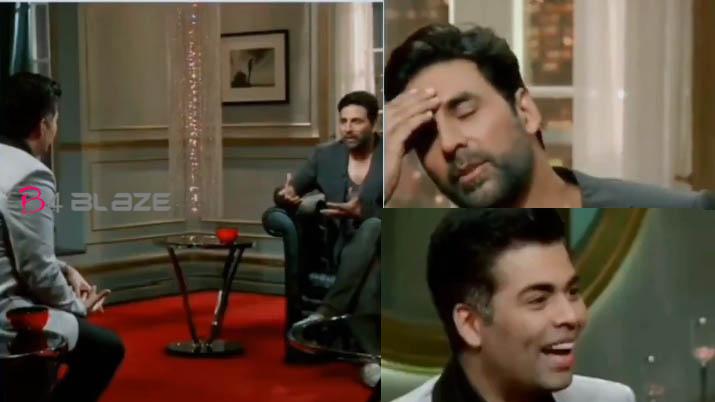 New Delhi The uproar over the death of Sushant Singh Rajput continues on other social media platforms including Facebook, Twitter, Instagram, and WhatsApp. Everyone believes that Rising star Sushant had to commit suicide due to being a victim of nepotism in Bollywood. After the actor’s death, many Bollywood stars have come under the target of Sushant’s fans. Since the death of Sushant Singh Rajput, several videos of him have been appearing continuously. In this sequence, an old video of the TV show ‘Koffee with Karan’ is going viral. In this video, Bollywood player Akshay Kumar arrived on Karan’s show as a guest.

This video of ‘Koffee with Karan’ has become increasingly viral with the tag of STOP Nepotism in Bollywood and STOP Bullying talented actors. In the video, Karan of Akshay Kumar asks Johar that why do you work against each other? Sushant Singh Rajput’s fans are watching this video related to his death. However, there is no mention of Sushant anywhere in this entire video. But the way Akshay Kumar is losing Karan Johar’s pole, fans are supporting him.

One of d waste show ever KWK👎

‘Dark’ Season 3; Cast,Crew & Everything You Need TO Know

Alia Bhatt’s “Raazi” to John Abraham’s ‘Pokhran’: How stories of genuine occurrences have gotten the favor of prs

After the death of Sushant Singh Rajput, Raveena Tandon made a big disclosure about the Bollywood industry, said – I was tried to suppress

Jacqueline Fernandez to team up with Akshay Kumar