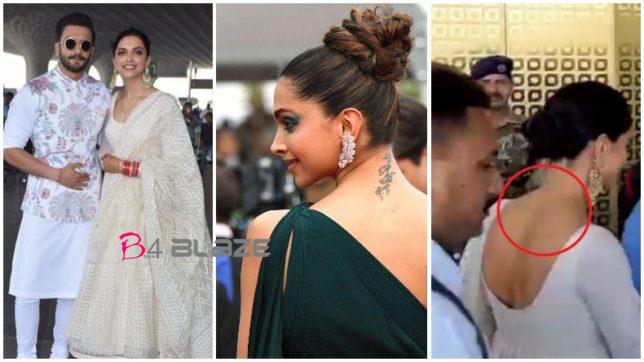 Deepika Padukone and Ranveer Singh have taken the internet by storm, first with their wedding photos and then with their adorable photos at the airport. Today, the newlyweds were spotted at the Mumbai airport while they were leaving for Bangalore for their wedding reception. They came, they happily posed for pictures together and left everyone adoring over them, yet again. While we were still going ‘aww, so cute’ over their pictures, there’s something that caught our attention. Deepika’s RK tattoo, which was on her nape, was missing.

If you all remember, a couple of months back, Deepika had a bandage on her neck which was because of severe neck ache, reportedly.

Talking about her tattoo, Deepika had got the RK tattoo when she was dating with Ranbir Kapoor. Before her wedding, she had got her tattoo modified a little. In 2010 on Karan Johar’s celebrity chat show Koffee with Karan, Deepika had said that she didn’t have plans of removing her tattoo in the future.

“It’s something that I felt was correct, and even today, I don’t regret it. I have never thought about taking it off. I know the media is constantly saying ‘she has taken it off’, ‘she has lasered it’, ‘she has changed it’ and all kinds of things. It’s very much there and I have no plans of taking it off.”

Coming back to her video at the airport today, we do not know if the tattoo is completely removed or was it hidden.

Seetharama Kalyana is a Big Budget movie; made Budget of Rs.16.5 Crore 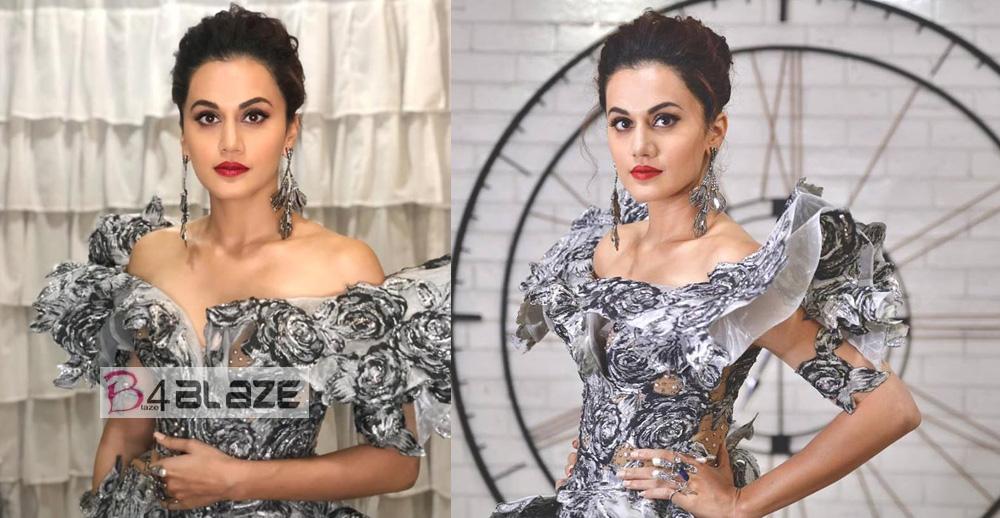 Taapsee Pannu is an actress who found herself in Bollywood and South India with different roles. She is also an actress who chooses socially committed roles. Movies like Pink’s and Mulk’s were so popular. The film Thappadu is a major topic of discussion.

The film is about domestic violence faced by women. Taapsee is playing the role of a court complainant over her husband’s beating. Relationships, whatever it may be, convey the message that physical violence cannot be tolerated.

Taapsee is very open about acting in a film like Tappad. Taapsee says, “I can’t satisfy all kinds of audiences. I’m not trying to.” Taapsee was criticized earlier for his role in the movie Arjun Reddy, who beat the heroine with love. 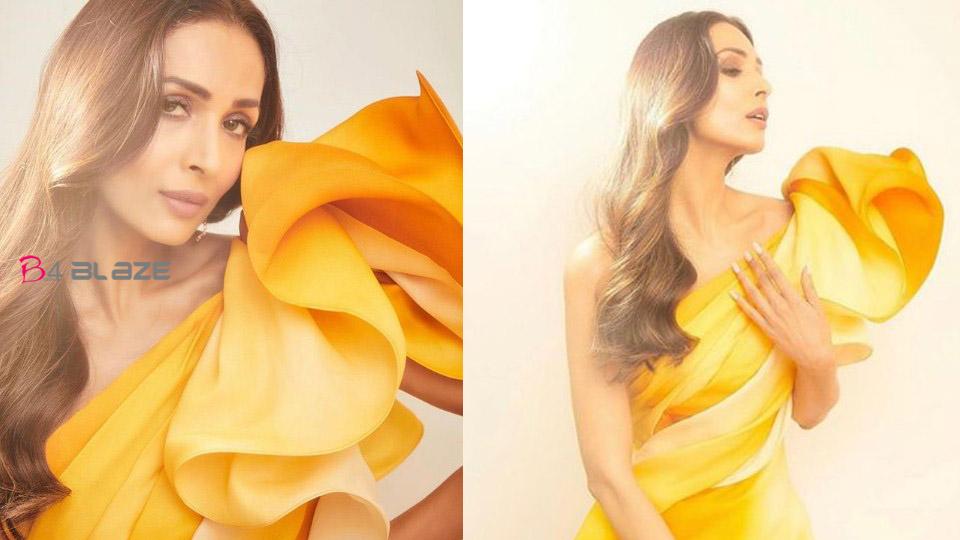 Actress Malaika Arora arrived to attend the Miss Diva 2020 Grand Finale in a yellow gown. Malaika looked gorgeous in this dress. Before the ceremony, Malaika had approached the media and allowed her to take pictures. The star’s costume was noticed in a photoshoot given to the media. A lot of people have come up with a name that compliments the outfit.

But the controversy on social media was sparked by the sighting of Malaika Arora’s photoshoot. A number of people have criticized the actor. Is this fashion? Upon seeing the film, critics say that it is not the fashion but rather the kind of show that is. But despite the heated criticism of her outfit on social media, there has been no response from Malaika’s side. He has also shared his story with his fans via social media during very busy times. Malaika also shared pictures of herself in her Instagram.