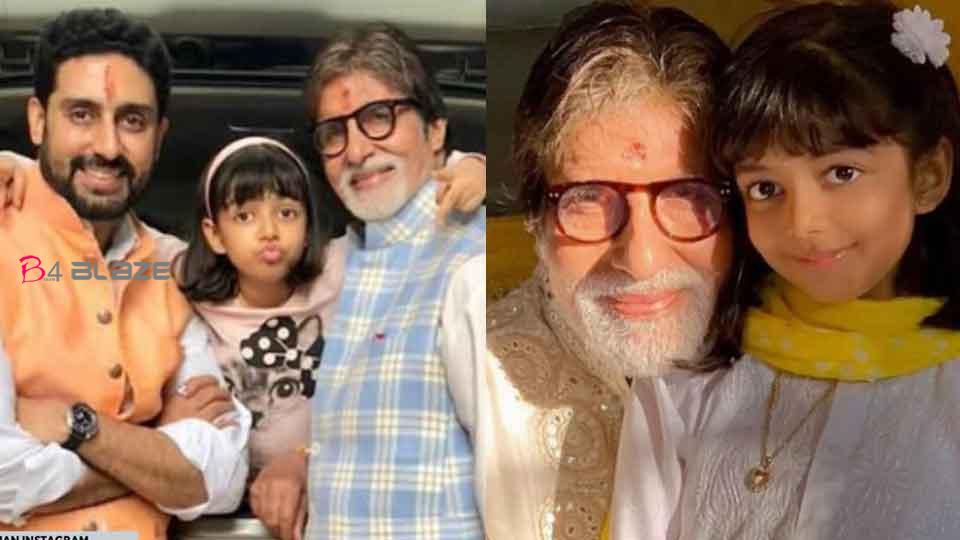 Bollywood actress and former beauty queen Aishwarya Rai Bachchan and her eight-year-old daughter Aradhya Bachchan were discharged from the Nanavati Hospital in Mumbai on Monday after they tested negative for the COVID test. Amitabh Bachchan is sharing what his granddaughter Aradhya told him before leaving the hospital.

‘Don’t cry, we can get back home quickly from the hospital.’ Bachchan also tweeted that he needs to trust his grandson who has assured him that he too will be home soon. Meanwhile, he lashed out at those who released the trolls saying that Bachchan should be killed by Kovid. They were the ones who spread the hatred without revealing their own name or the name of their father. “Don’t ask my big family (fans) of over 90 lakhs to react against this,” Bachchan said.

This is the first time Bachchan has responded to outrageous propaganda on social media in this way. Aishwarya and Aaradhya have returned home but Amitabh Bachchan and Abhishek are still in hospital for treatment. According to hospital sources, there is no concern about the health condition of the two.

Even my children did not know about my work I did, From the moment they found out, my children are good critics: Shanthi Krishna

When Aishwarya’s fight with Abhishek Bachchan, learn who is first to apologize!

Save farmers, pay off their loans, urges Big B

Fan asked Amitabh Bachchan- Do you ever want to become the PM...