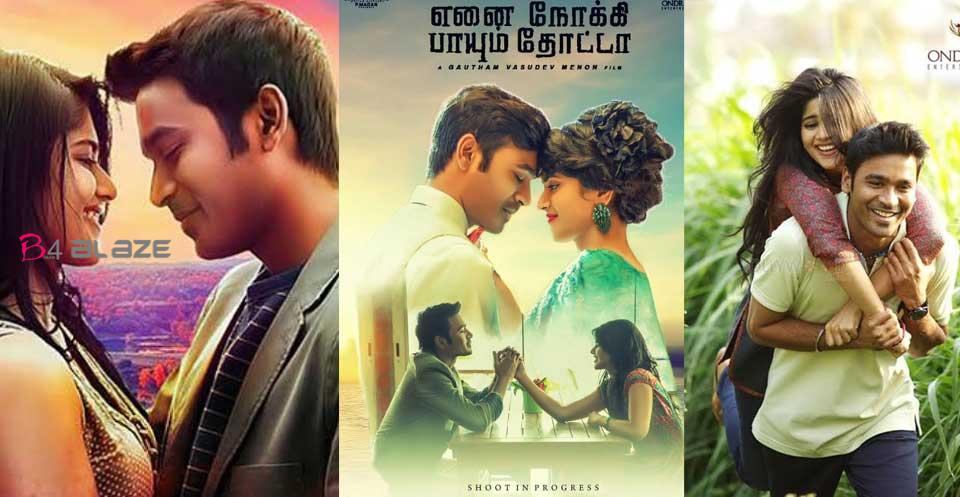 Enai Noki Paayum Thota movie review and release live updates: Here’s what critics, celebrities and fans have to say about ENPT, starring Dhanush, Megha Akash, and Sasikumar among others. Enai Noki Paayum Thota has finally hit the screens. Also called ENPT, the film starring Dhanush and Megha Akash in the lead was put in cold storage for more than two years due to production issues. Directed by Gautham Menon, ENPT is touted to be an action-thriller. According to the trailer, Megha will be essaying the role of an actress named Lekha, while Dhanush is a regular guy who falls in love with her. We

are also shown various action sequences, and although the movie’s premise seems interesting, the delay caused a serious dent in the buzz surrounding it. The songs, on the other hand, have gone on to become instant hits among the audience. The tracks “Maruvaarthai” and “Visiri’, composed by Darbuka Siva and sung by Sid Sriram, were well-received. ENPT marks the maiden collaboration between Gautham Menon and Dhanush. The film also stars Sasikumar, Senthil Veerasamy, Sunaina, and Vela Ramamoorthy among others. Telugu movie star Rana Daggubati will be seen in a cameo.

User @Pagaivann rated the film 3.5 stars out of 5. He tweeted, “Done with #ENPT The film with wonderful gripping screenplay of brilliance. @dhanushkraja Awesome performance till the end. @akash_megha done the gorgeous work in a good way. @menongautham Neatly presents the Movie. Sureshot Blockbuster! Rating – 3.5/5.”

Entertainment tracker Ramesh Bala shared his review on Twitter after he first half. He said, “#ENPT 1st Half: A GVM Style romantic story is being played out… An ordinary guy falls in love with a Movie Actress and the problems that follow @dhanushkraja are rocking as usual @akash_megha looks divine Top gear interval 👍.”

#ENPT Interval: The good thing here is that the film doesn’t feel ‘old’ even at one point – the love scenes between @dhanushkraja and @akash_megha come in with a lot of freshness, it’s only the voiceovers on overload,” user @sidhuwriters shared.

The strange bone of beef fry; Don’t be ignorant of the helpless Kerala Food Security Department