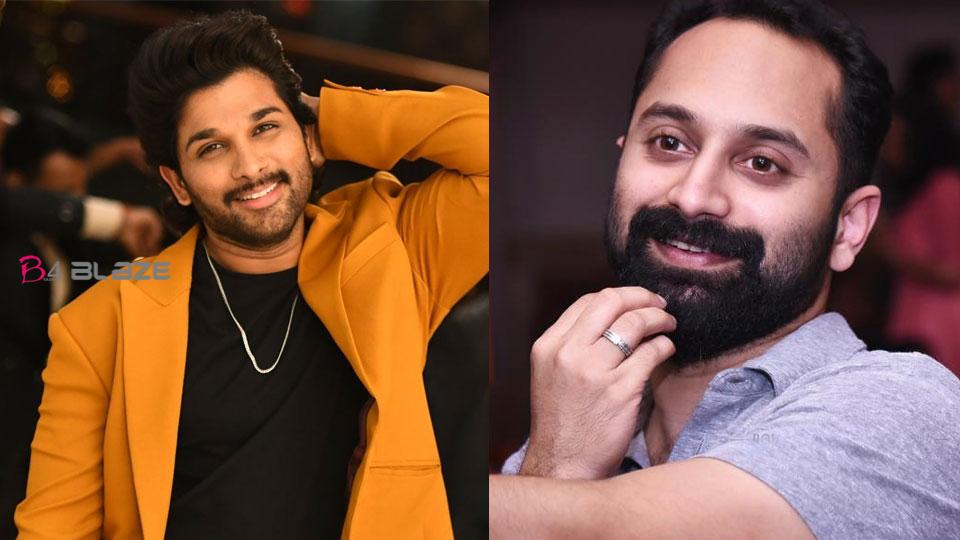 In the last moment, it is announced that Malayalam’s natural acting King Fahad Fazil starter as a villain in  Telugu Super Allu Arjun’s big-budget film Pushpa. It was very promising news for Tollywood and for Mollywood. Since the news came out, movie lovers have been waiting for the movie ‘Pushpa’.This is the second time that Fahadh Faasil is going to act as a villain in a foreign language film. Fahad had earlier acted as Sivakarthikeyan’s villain in the Tamil film Velaikkaran.

In a recent interview, Fahad spoke about why he is doing a film called Pushpa. I really liked the way the director Sukumar narrated the script. Also, when I saw his film Rangasthalam, I was impressed with Sukumar’s directorial excellence. Beyond that, Fahad Fazil says that the character given to me in Pushpa is different from the kind I have never done before. Pushpa tells the story of smuggling in Andhra Pradesh. Rashmika Mandana will be the heroine in the film. Kannada actor Dhananjay plays another important role in the film. The other stars are Prakash Raj, Jagapathi Babu, Harish Uthaman, Vanilla Kishore and Aneesh Kuruvila.