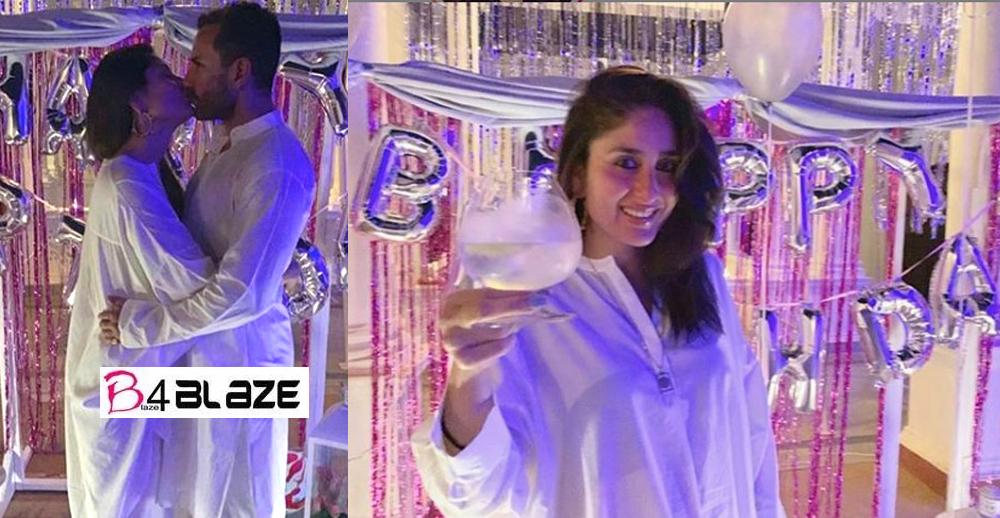 Bebo Kareena Kapoor’s 39th birthday today. Saif Ali Khan, along with her son Timur Ali Khan, arrived at Pataudi Palace in Haryana two days before her birthday celebrations. On Friday night, Saif organized a surprise birthday party for his wife. Karina’s sister Karisma Kapoor, family and friends were present at the ceremony. Karisma shared the photos and video with her sister on Instagram.

Kareena and Saif participated in Celebrations wearing kurta pajamas. Kareena Kapoor is not on social media. However, fans and movie personalities are getting raucous. Kareena Kapoor’s Birthday Celebrations are held every year at the Pataudi Palace. But this time Saif forgot to make his way to the Pataudi Palace. Addressing the locals, the car was parked on the road side of the Telika road leading to Saif Palace, which was traveling by car from the airport. At that time, the selfies of the locals with Saif became viral.

Kareena Kapoor was born on September 21, 1980 to Randhir Kapoor and Babita. After completing her studies, Karina wanted to enter the film industry like her sister Karishma. Etoo became a star kid and easily got into films. Kareena entered the film industry with ‘Refugee’. Since then, she has made many acclaim in blockbuster films. Kareena loved her co-star Shahid Kapoor when she was at the top of her career. The two have been dating for a long time. Many thought that the wedding itself.

But with the arrival of consciences, they broke up. Kareena later became associated with Saif Ali Khan. Saif has already divorced Amrita. They also have two children. Saif also liked Kareena and he talked to them at Kareena’s house and persuaded her to get married. Saif and Kareena secretly married Saif in 2012. Timor was born in 2016. At the age of three, Kareena has many film opportunities even though she is the mother of a child. She is currently busy with ‘Good News’ and ‘Angrezi Medium’.

The Bollywood actress ignored the girl who was begging, the video goes viral