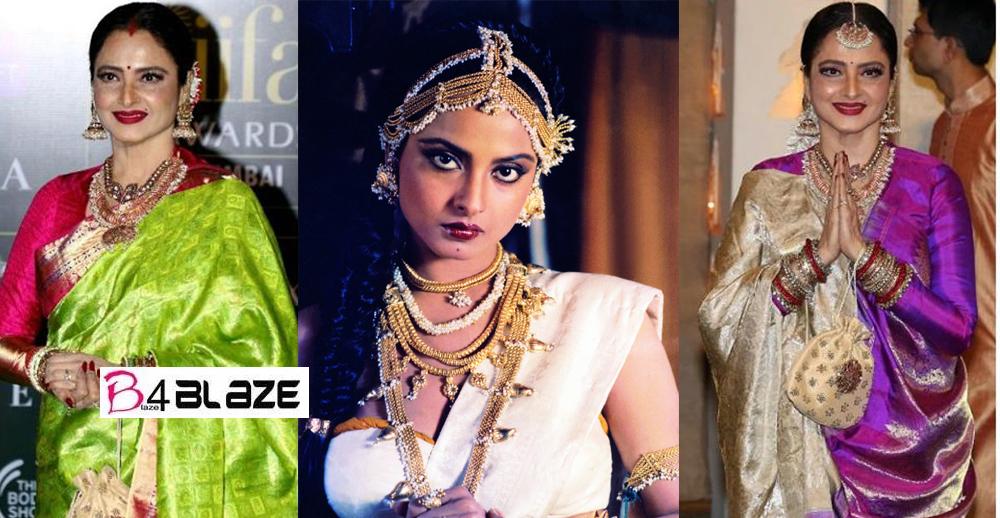 Today is the birthday of that actress, who has thousands of eyes of fun … That is, we are talking about Bollywood actress Rekha. Rekha acted in many Bollywood superhit films and got those films a hit on her own. The list of such films is very long. You must have heard a lot about Rekha’s beauty, love affair, film career … But do you know Rekha never wanted to come into films and under what compulsion she worked in films …

Never agreed to appear in films

Rekha’s mother Pushpavali and father were well-known stars of South and Pushpavali was his father’s third wife. However, his parents’ never married life was fine. Due to this, Rekha had a lot of problems and was very upset. Rekha lived separately with her mother. When Rekha was 13 years old, she had to work in films due to a worsening family situation.

In 1969, she got an offer for the film Anjana Safar, but she did not want to work in films at all. During that time his mother persuaded him saying that the film is to be shot in South Africa and there is Vile Life Schanuri and animals will be seen there and due to this Rekha said yes. The shooting of his film in South Africa was fine.

The experience was poor in Mumbai

After that, the film was to be shot in Mumbai, which had a very bad experience. Actually, he used to have language problems in Mumbai and he had a lot of difficulties. He himself once told that Mumbai was a jungle, where he tried to take advantage of them. He used to face problems due to jewelry and clothes and because of this, his skin was also affected. Also, she was sad that she was not able to live a normal life.

Did not let her sister come to the movies

For this reason, he did not even allow his younger sister Radha to appear in films. According to him, the world of films is not good and he also stopped Radha from appearing in films. Even after that, he had to face many difficulties and his life was very volatile.

Rekha looks younger than the newcomers actress even at the age of 65, know what a diet plan is

Sidharth Malhotra share thanks to his fans for Marjaavaan’s success…

Rekha is the most stylish personality in Bollywood, has a sense of self-dignity: Sabyasachi !!

Sivakarthikeyan salutes doctors, requests people not to hurt them !!