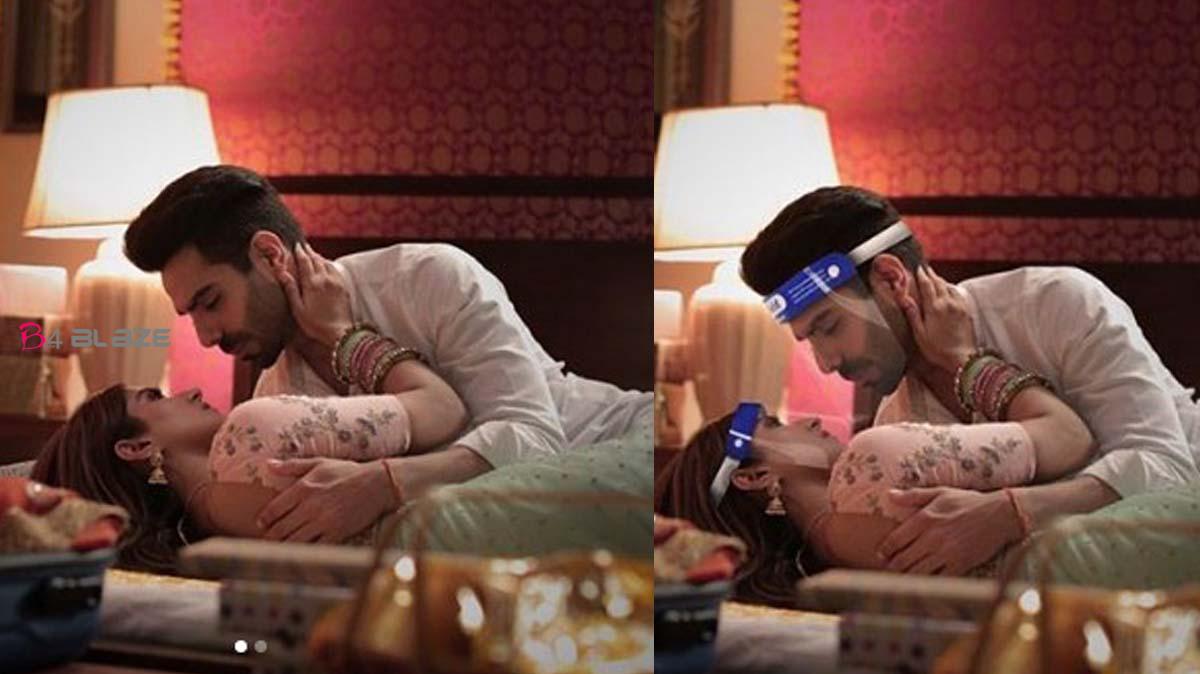 Shooting between film and TV shows between Corona is about to start. But the question in everyone’s mind is how will the shooting take place amid the fear of this virus. If there will be a romantic scene then what kind of shoot will it be. In the meantime, Aparshakti shared a scene from a scene in his upcoming film and told him how to shoot.

Please tell that Aparshakti’s new film Helmet is going to be released. Pranutan Bahl is in the lead role with him in the film. By sharing a picture of a scene of the film, Aparshakti told how romantic scenes can look in the coming times. In the photo that Aparshakti has shared, he and Pranutan are romancing. In the second photo, you will see that both of them are seen wearing face shields during romance.

Sharing this photo, Aparshakti wrote, It is good that this scene of the film was shot before the arrival of Corona. If it had been shot in today’s time, we would have needed protection. Protection means mask.

Talking about the film helmet, it is being directed by Sitaram Ramani. The film stars Aparshakti Khurana, Pranutan Bahl, Ashish Verma and Abhishek Banerjee in the lead roles.