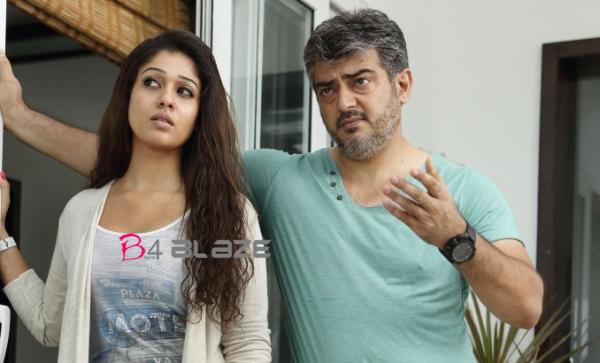 The Movie Viswasam will be Thala Ajith’s next major release and the film, which has been scheduled to grace the big screens during the upcoming Pongal season, features none other than Lady Superstar Nayanthara as the leading lady. Nothing much has been revealed about the characters that they play in the film. Latest reports is, Thala Ajith and Nayanthara will appear as husband and wife in the movie.

In a recent chat with Behindwood, Yennai Arindhaal fame Anikha who plays a crucial role in Viswasam, opened up that she will be seen essaying Thala Ajith’s daughter in the movie. At the same time, she has also revealed that Nayanthara will be seen as the mother of the character played by Anikha.

It is for the fourth time that Thala Ajith and Nayanthara are teaming up for a film. Earlier, they had teamed up for the movies like Billa, Aegan and Aarambam. Viswasam has been directed by Siva. Earlier, rumours were doing the rounds that Thala Ajith might be seen as a cop in the film but no confirmation has been made regarding the same. The two posters of the film released by the makers have been lauded by the audiences and now, they are eagerly waiting for the arrival of the teaser, which is expected to shed more light on the movie.

Kayamkulam Kochunni Ready for a wide Release in China…

Vignesh Shivan gives a mass reply to a follower who trolled him for his Mother’s Day post !!

I have comfortable only with three Heroes: Jyothika opens their Names

Is Anirudh Ravichander playing a cameo in Nayanthara’s ‘CoCo’ !!