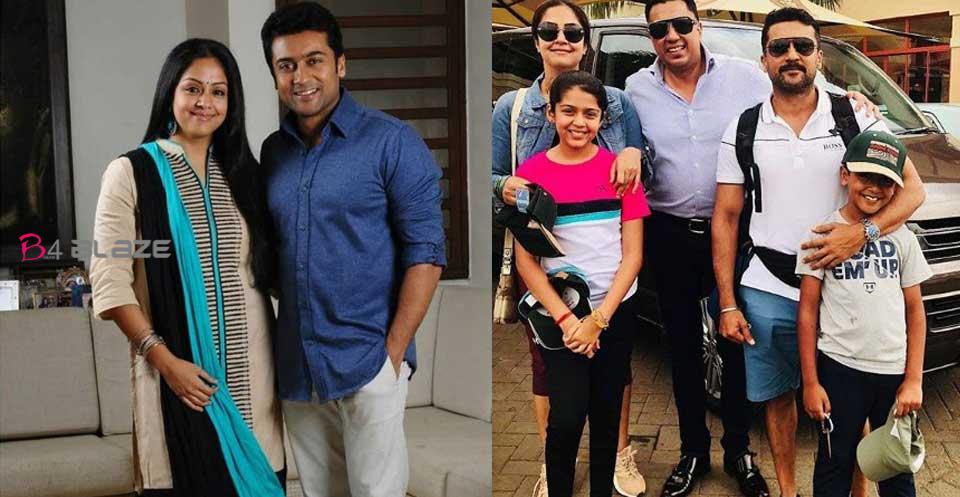 Karthi’s next film, Kaidi, is awaiting release. He is no longer in the audience with Thampi. Directed by Jeethu Joseph, the beloved director of Malayalam, Jyothika is also playing a pivotal role. This is the first time Karthi and Jyothika have come together for a movie. Sathyaraj, Anson Paul, Nikhila Vimal, and Seetha are also in the cast. Jyotika, Karthi and Surya are eloquent about the film. The actors were talking about the film during an audio launch in Chennai. The film has been in the news since its announcement. Fans will be waiting to see what it will be like when Jeetu Joseph joins the cast of Tamilnadu. The location of the film was shared

by the director himself. The video of the conversation with Jyothika, Surya and Karthi has already gone viral.

After her break, Jyothika returned to the cinema and received a grand reception. Both of them have been making breakthroughs in their excellent chemistry lives on screen. Surya has quit acting after her marriage. The fans were asking what was the point of the movie. When they finally returned, they were supportive. Jyotika’s films were produced by Surya. The astrological conversation started when the mother and fathe

were afraid to speak in Tamil. Jyothika arrived with her family for the audio launch of Thampi. Thampi has a passion for himself and this is the first film his brother is making. Feeling Emotional Feel. Her mother also came to the set of the film. Jyothika was also talking about things in between.

When her mother came to the set, she was asked by the co-workers about the amenities and other amenities. She did not come here as the heroine’s mother. This is his son’s movie. Her mother replied that she would take care of everything. Jyotika had said that the joy that came to her mother’s eyes was a must-see. It was a family film, not only onscreen but offscreen. The family of Jeetu Joseph Sar, Sivakumar Family and Bombay Family were all on set. This is the first time a brother and his wife are on set. This is a very

It was her first time working with Karthi. Never thought he would get that opportunity. The actor also spoke about Karthi’s acting career, from Puthivir to Kaidi. Every artist has their own space. Karthi is the one who understands and engages with it. Karthi is ready to do anything according to the script. The same Confidence was previously seen in Rajni Sar. The first look poster does not usually feature heroines. Jyotika says that this is what made her happy in the movie. Surya and Karti are closely associated with Sathyaraj Sar. When the children were told about the film, it was their surprise. They were told that they were working with Karthi Chittappan and Sathyaraj Uncle. Mom, You Are So Lucky, You’re Acting With Kattappa. What made them happy was that she and Karti weren’t together. Jyothika has said that for the first time in her life, she will be working with Sathyaraj for the first time.

Katrina Kaif on pay gap in Bollywood: provide women-led films same mounting as that of films with male superstars

Dhanush waiting for Surya’s NGK. Because……..

The Most Lavish And Expensive Weddings Of South Indian Actors