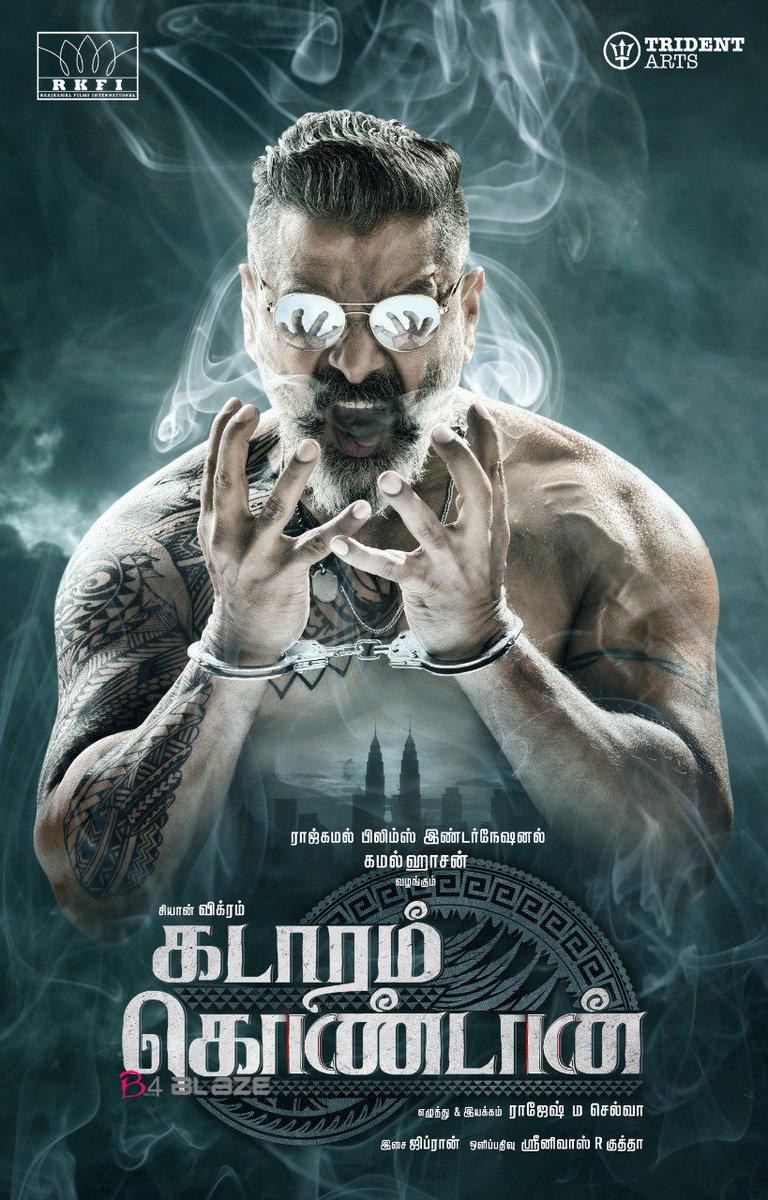 Vikram in the shocking get-up in the Film ‘Kadaram Kondan‘ and Kamal Hassan is the producer. The first look of ‘Kadharam Kondan’ in the banner of Raj Kamal Film International. The film world is shocking that the heroine Vikram’s make-up is over. Vikram is in the dotted look. Rajesh M Selva’s film is produced by Kamal’s Raj Kamal Film International.

Vikram’s different gestures were a huge audience in films such as Dadamahan, Ali, I, and Irumukalan.

This is 56th film of Vikram. Pooja Kumar is the heroine. Hassan and Abi Hassan will present Vikram along with other important characters. Cinematography is by Srinivas Reddy. Jibran, who penned the music for Kamal, Pappanasavam and Vishwaroopam 2 is making this movie an epic. National award winner editor Praveen KL Editing.

The filmmakers have not made clear whether Kamal will act in the film.

Latest News About Vikram: Vikram Back to Malayalm !!!!!

Three Heroines For Jai’s Next !!!

Vikram to make a rebound in Mollywood with Biju Menon’s next?

Perfect Picture Moments of Tamil Cinema 2017 And Kollywood celebrities who turned parents in 2017 !