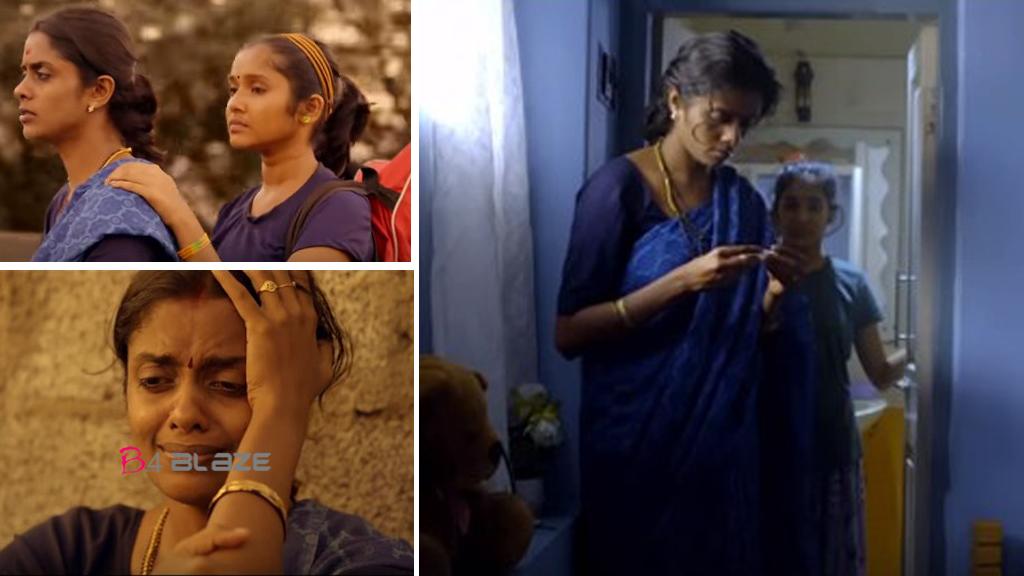 The film revolves around the relationship between a mother and a daughter and what happens when the daughter, a 15-year-old, reveals that she has had unprotected sex with a schoolmate and is pregnant as a result.

This is director KM Sarjun’s next after Lakshmi, the controversial short film on a woman who lives in an abusive marriage and has an extramarital affair. The crisp screenplay is by Priyanka Ravindran.

The film, which received critical acclaim, was also widely panned by Tamil audiences for showing a woman having a fling, a routine fare for male characters in Tamil movies. However, questioning these traditional roles is exactly what the film intended set out to do, right from pointing out that a wife is not a lifelong, unpaid domestic worker to showing the plight of millions of Indian women who live in marriages where their pleasure is ignored during sexual intercourse.

In Maa, the mother-daughter bond is central to the mother making her own journey, straddling two worlds, one in which she upholds her conservative values and the other in which she must support and trust her daughter. Kani Kusruti plays this role exceedingly well.

The journey is especially challenging since her partner and Ammu’s father, a college lecturer, has regressive beliefs about his daughter wearing shorts (they are ‘kutti’, so she must not) and intermingling of the genders, whether it is inside the college or outside. These attitudes, of slut-shaming children for their clothes and gender segregation, are very much prevalent in homes cutting across social classes.

Anikha’s engaging performance as Ammu, the daughter, reminds us of how adolescent sexuality is never addressed in our society and sex education is considered unimportant in schools as well as homes.

Also interesting is how the otherwise conservative mother speaks of the need to bring in a baby into the world only when one is ready. The ‘thambi paapa’, who is usually glorified in popular culture, doesn’t seem to have been a necessity in the family, as far as the parents are concerned.

Sarjun shows us sexism within the family through small revelations which are made throughout the film. For instance, it is revealed that it is the mother who has done ‘family planning’ – as in most homes, the man going in for sterilization is a no-no.

Further, the film succeeds in showing the viewer how deeply rooted attitudes and assumptions about sex are when a grocer is able to casually ask the mother, a customer, about a pregnancy test that she had bought.

Maa is ultimately about the support – physical, mental, and emotional – that adolescents need when growing up. The mother’s anger towards Ammu is portrayed realistically but Sarjun also drives the film towards a positive conclusion, not castigating the teenager but leaving us with the thought that it is possible to move on. The trust that the mother offers towards the daughter is precious and the film must be appreciated for encouraging parents to be more trusting of their wards, a common problem in households, especially those with a large generational gap.

However, one wonders if the tongue lashing Sarjun had received for his previous film has made him too cautious about this one. Maa does not do enough to peel away the taboo of discussing adolescent sexuality. Throughout the film, sex is referred to as ‘thappu’ or mistake, only stigmatizing the issue further. Even after deciding to support her child, the mother does not feel the need to have a conversation about safe sex. Instead, she resorts to encouraging the child to develop a moral compass in order to set foot on a playground again.

There’s also the archaic idea of the girl always having to bear the consequences of sex (the age-old ‘leaf-thorn’ theory that says whether it’s a leaf which falls on a thorn or vice versa, it’s the leaf that gets hurt) that the mother comes up with towards the end.

While it’s true that only women can become pregnant, the reason why boys and men bear no consequences is because they’re let off the hook easily by a patriarchal society that forgives them as ‘boys will be boys’. In Maa, Sarjun shows us the boy crying and getting emotional about finding out that he’s made Ammu pregnant – but then, we’re hit with this ‘wisdom’ at the end, killing off the possibility of exploring how such encounters affect boys, too, and making it a ‘girl’ problem.

The film is well made owing to its technical prowess. KS Sundaramuthy’s music adds a profound melancholy to the engaging frames of Sudharshan Srinivasan. Sarjun, who has both edited and directed the film, seems to have adopted a blue hue throughout, possibly to convey the closed-door topic he is dealing with.

While the film is definitely a must watch, especially for parents, one wishes that it had ventured into actually looking at adolescent sexuality for what it is and not stuck to being a cautionary tale alone. But is it a conversation starter in our homes? Absolutely yes.

Mohanlal’s Neerali: Is Sudeep A Part Of The Movie?

Mammootty and Asif Ali join together after Jawan of Vellimala