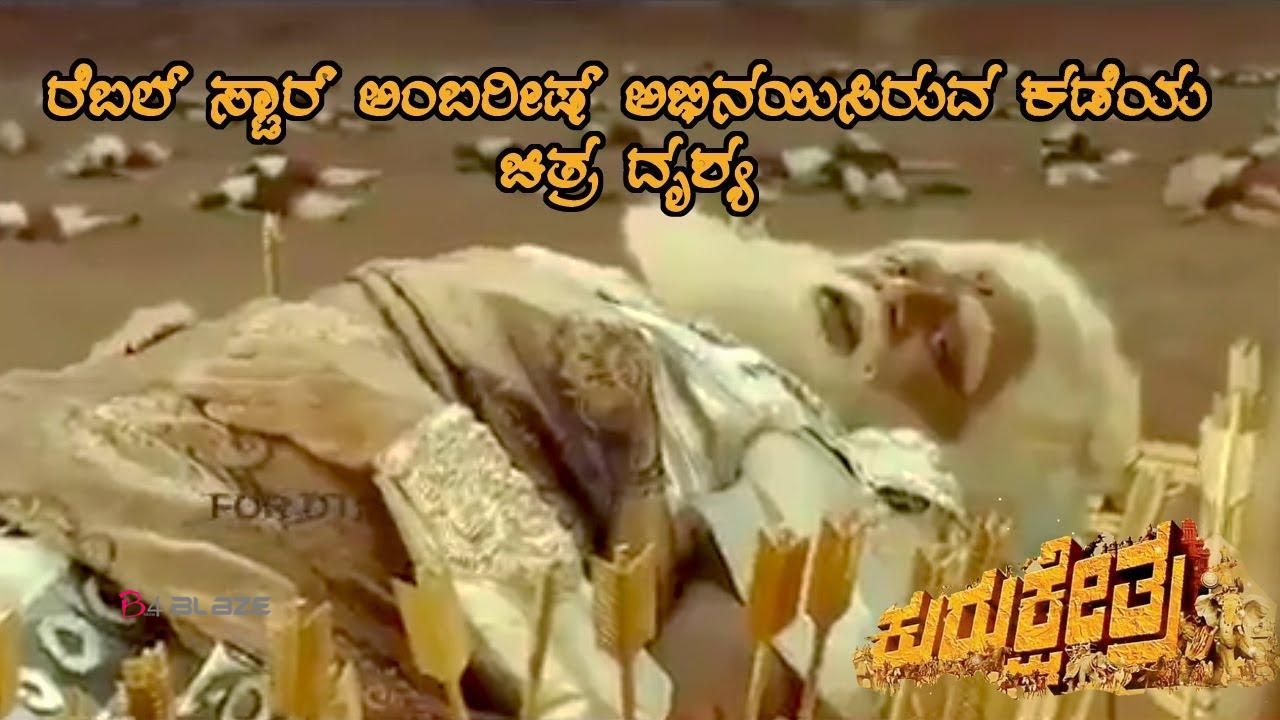 It is no secret that Saturday(November 24, 2018) was a black day for those who are fond of Kannada cinema. The legendary Ambareesh passed away in Bengaluru shortly after being admitted to a private hospital due to respiratory issues. Needless to say, this created a buzz in the industry and left movie buffs as well as those in the political fraternity heartbroken. Yesterday(November 27, 2018), the ‘Rebel Star’ was cremated with state honours and brought marked the end of a glorious chapter in Sandalwood.

Now, just hours after his funeral, a clip from Ambareesh’s final film Kurukshetra is going viral. In it, Ambi can be seen as Bheeshma as he gets set to bid adieu. This will most probably be his final scene on the big screen.

The clip is bound to leave fans teary-eyed and make the wait for Kurukshetra even more difficult. In case you did not know, Ambareesh had acted in over 200 films during the course of his career and become the heart and soul of Sandalwood. He made his debut with the 1972 cult classic Naagarahaavu and added a new dimension to his career Thereafter, he acted in numerous films and won hearts because of his screen presence and stylish mannerisms. He will be missed big time.