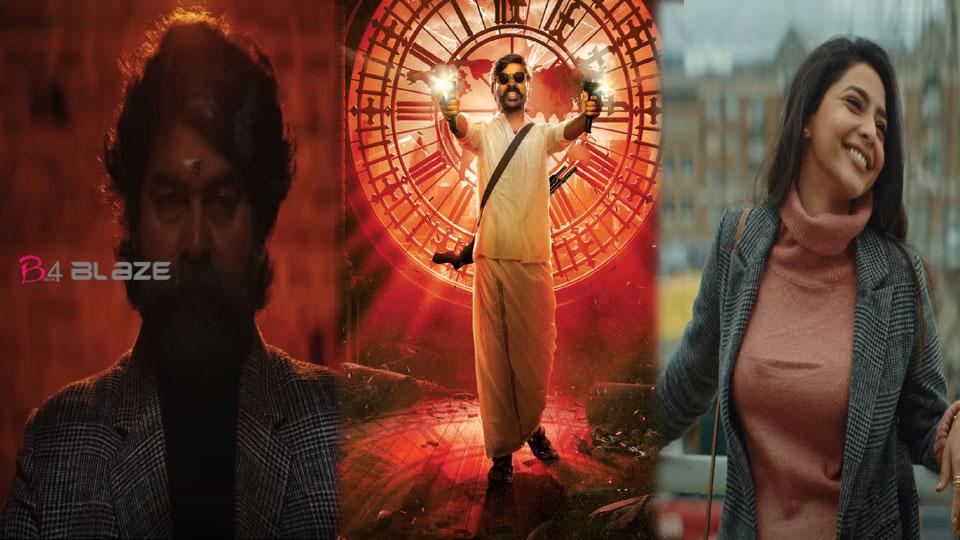 After the hit movies like Pizza, Jigarthanda, Iraivi, Mercury and Petta, Karthik Subbaraj is all set to make this movie.
Dhanush and Karthik Subbaraju have teamed up for the first time in the much-awaited movie ‘Jagame Thanthiram’ teaser has been released. From the teaser, it can be understood that the movie is a gangster movie. Aishwarya Lakshmi is the heroine of this big-budget movie. Actor Jojo George is also in the lead role.
The film is set to release on OTT via Netflix. The film is directed by Karthik Subbaraj after Rajinikanth’s Pete. Most of the film was shot in London.
Hollywood actor James Cosmo is also in the lead role. He also starred as Lord Commander Mormont in Game of Thrones and has starred in films such as Cosmo Braveheart and Troy. Kalaiyarasan is also in the lead role in the film.
The teaser is accompanied by the song “Rakida Rakida Rakida” sung by Dhanush, Santosh Narayanan and Dhee. The lyric video of this was released earlier and was very popular. Shreyas Krishna Photography. Editing by Vivek Harshan. Music by Santosh Narayanan. This is Dhanush’s 40th film. The film is produced by Why Not Studios and Reliance Entertainment.