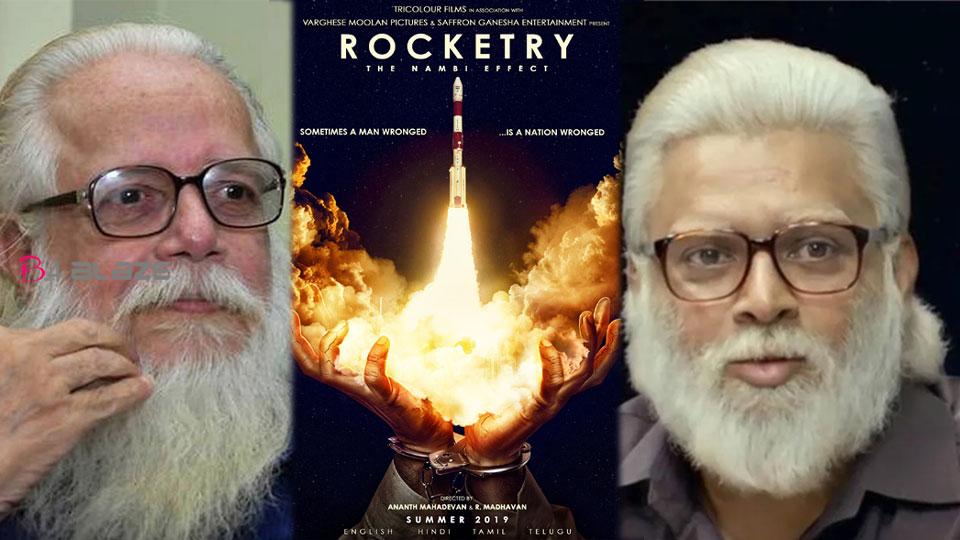 The trailer of the movie Rocketry The Nambi Effect, directed by actor Madhavan and based on the life of Nambi Narayanan, a former ISRO scientist, has been released. The movie will soon have Shah Rukh Khan in the Hindi and English version of Rocketry and Surya in the Tamil and Malayalam versions. Madhavan is not only directing but also playing the role of Nambi Narayanan. Simran is the heroine in the film. The film is being co-produced by Madhavan’s tri-colour Phyllis and Dr Varghese Mulan’s Varghese Mulan Pictures. Apart from Malayalam, Tamil, Hindi and English, the film will be produced in Telugu, Kannada, Arabic, French, Spanish, German, Chinese, Russian and Japanese. Madhavan’s makeovers to portray Nambi Narayanan’s of different ages in the film, which took four years to complete, went viral. The theme of the film is Nambi Narayanan’s 27 to 70 years of age. The film was shot in six countries. Many Hollywood stars are also starring in the film. Prajesh Sen, the director of Vellam Cinema, is the co-director of the film.