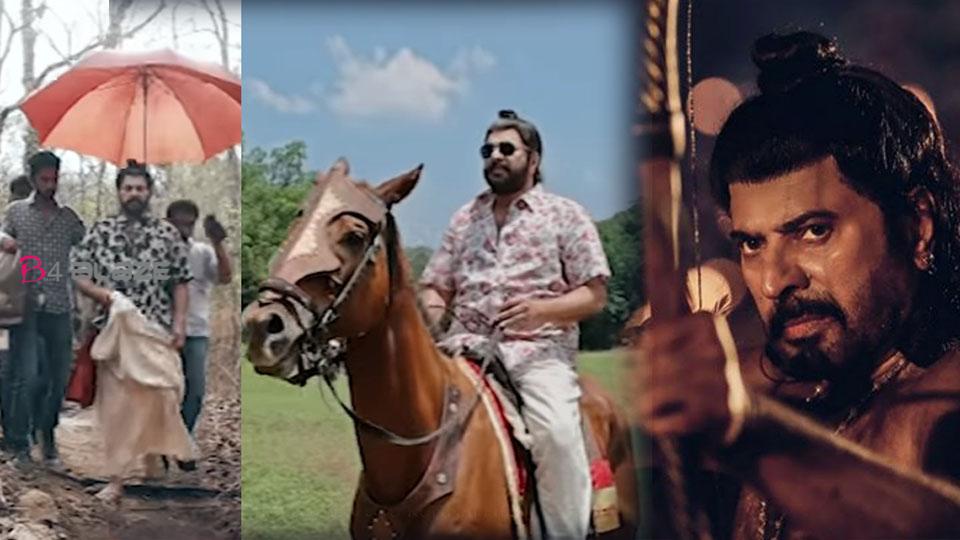 Mamangam is an upcoming Malayalam period action film directed by M. Padmakumar. Sajeev Pillai was the director in the first schedule but was replaced by M. Padmakumar. The film is about the Mamankam festival of the 18th century in the banks of the Bharathappuzha at Tirunavaya, in the Malabar region.  The film follows the story of Chaaverukal who plot to overthrow the Zamorin rulers. It stars Mammootty, Unni Mukundan and Prachi Tehlan. The music is composed by M. Jayachandran. The film originally shot in Malayalam will be dubbed in Tamil, Telugu, and Hindi and the movie will be released simultaneously. It is scheduled to be released worldwide on 12 December 2019.


Mamangam was originally planned by director Sajeev Pillai who has written the script after 12 years of research, which is based on Mamankam festival that was celebrated during the 17th century, which feature Mammootty in the role of a warrior. The makers got permission from Navodaya to reuse the title of their 1979 film. According to sources from the production team, the budget of the film is 60 crores. Even though, producer Venu Kunnapilly said in September 2019 that he prefers not to officially reveal the budget at the time.

Neeraj Madhav and Dhruvan was roped in to play important roles. Later Dhruvan was replaced by Unni Mukundan who play Chandroth Paniker. Prachi Tehlan, Anu Sithara and hindi film actress Pranchi Desai was roped in to play the female lead roles. Achuthan who is trained Kalaripayattu was roped in to play Chandrathil Chanthunni Menon, a 15-year kid who is the youngest fighter in the history of Mamankam. Kaniha, Iniya, Siddique, Sudev Nair, Suresh krishna and Manikkuttan were also roped in to play pivotal characters. Tarun Arora made his Malayalam cinema debut with the film. On 29 January 2019, it was confirmed that M. Padmakumar will replace Sajeev Pillai as the director. The producer announced that Padmakumar will be assisted by some of the renowned technicians in completing the movie. Cinematographer Manoj Pillai replaced cinematographer Ganesh.