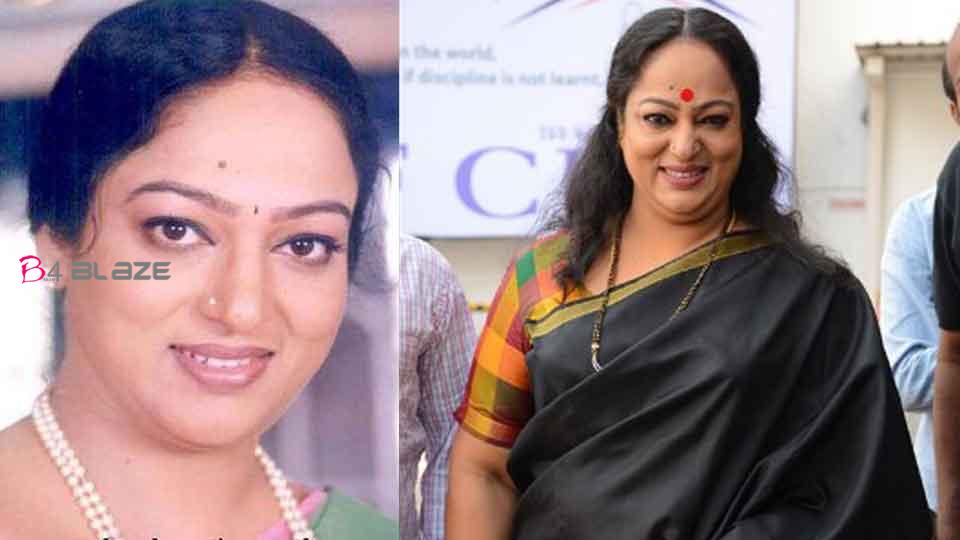 Nalini was once a shining star in Malayalam cinema alongside superstars Mammootty and Mohanlal. Nalini was once the darling of the Malayalee audience with her films like Bhoomiyile Rajakkanmar, Avanazhi, Adimakal Udamakal, and Vartha. Nalini came into the film under the real name of Rani. However, the producer of the second film, Idavela, said that Nalini was named after David Kachirappilly and that Nalini was talking about the rhythms of her married life.

She thought marriage was the end of her life. I thought it would be a lot of fun. But life was not what he had dreamed of. The actor says that we have acted together in a number of Tamil films. It was after that she fell in love with him. Then it came down to marriage. The actress says that they got divorced soon after they started their married life. Nalini was married to actor Ramarajan. Marriage was a curse. There is guilt in that. The decision was made thinking that marriage was the end of life and that there would be a lot of happiness. Didn’t get what I dreamed of. We have acted together in many Tamil movies. It came down to love and marriage. Separated soon after.

In an interview with leading media, Nalini said that she got married to two children. Nalini played the role of Jagathy Sreekumar in Mohanlal‘s Ravanaprabhu. It was Antony Perumbavoor who called to ask about this. Even when he said he was a good character, he never thought about coming back. In another interview, Nalini said that she accepted her children’s insistence that she would be released from her current condition. Nalini said that she had two good children by marriage. The actress had taken a break from the cinema after her marriage. After the divorce, the actor was active in the cinema again. The children were forced to return. The actor had said that he came back with their support.

Many people asked me, if you can buy a luxury car? This is my answer!!

Next schedule of Prabhas’ ‘Jaan’ to begin at Annapurna Studios

Actress Shobhita was trolled over photoshoot, now defended herself in controversy