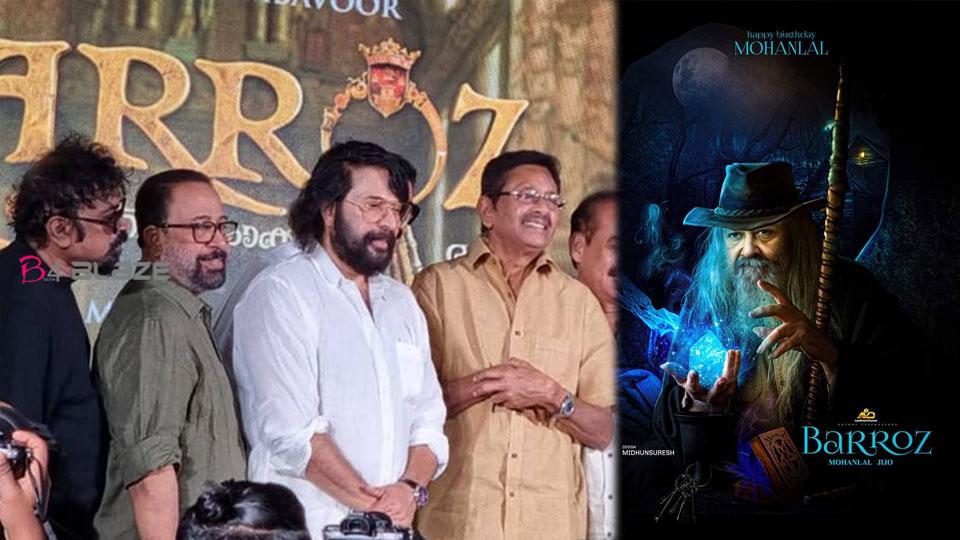 The 3D movie ‘Barroz’ directed by Mohanlal has started shooting with pooja. The pooja of the film is being held at Navodaya Studio, Kakkanad. Mammootty, Priyadarshan, Sathyan Anthikkad, Sibi Malayil, Lal, Dileep, Prithviraj, Siddique and many others have attended the function. Before entering into the amazement of directing, Mohanlal came to seek the blessings of his fans. “As a self-employed actor, producer and filmmaker, I’m making my directorial debut with the three – dimensional film Barroz, which begins shooting on the 24th, with the blessings and intimacy of Navodaya who gave me the screen life. I sincerely pray that all of you will be with me as a blessing on my continued journey with Barroz. ‘ Mohanlal said.

The original plan was to start at the end of last year but was delayed due to Kovid. Meanwhile, pre-production work on the film was in progress at Navodaya Studios. Prithviraj had accompanied the pre-production team of the film to Navodaya. The film stars Prithviraj Sukumaran and Prathap Pothen in the lead roles. Foreign actress Pas Vega is part of the film. Mohanlal may stay away from other films till the completion of Barroz.

Barroz is a period film with a Portuguese background. Barroz is a demon who is the treasurer of Vasco da Gama. Barroz, who has been guarding the treasure for four hundred years, is waiting for the real heir. The film is about a boy who comes to Barroz in search of treasure. Mohanlal himself plays the lead role of Barroz. Barroz is was written by Jijo Punnus, the creator of Maidir Kuttichathan. Cinematography by Santosh Sivan, Production Designer – Santosh Raman, Produced by Antony Perumbavoor under the banner of Ashirvad Cinemas.