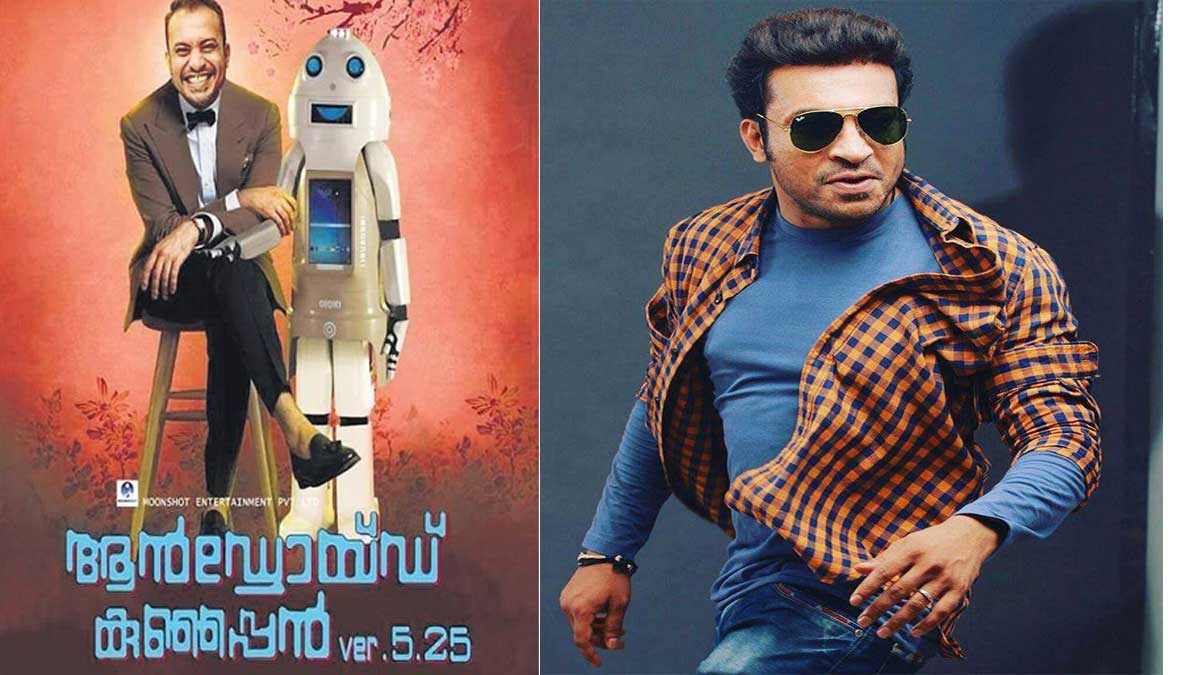 results.Bhaskara Poduval (Suraj Venjaramoodu) is quite hard to live with, and doesn’t believe in sending his son Subhramanian (Soubin), an engineer by qualification, out of his sight for work. Though the 34-year-old stays obedient for long, one day he decides to take a plunge and accept a job offer at a Japanese company in Russia. And on his first trip back home, he brings along someone new – a robot. Thanks to another set of parallel events, the local people christen the bot, Kunjappan. And his arrival unfolds a new set of events. In the first half, the story line, which is probably the first-of-its-kind in Malayalam, has so many moments ofwonder for the audience. Be it as technology, some refreshing comic bits, novel characterizations, story settings and more, the film impresses. There are many laugh-out-loud sequences. The unconventional thinking behind the linear tale is quite impressive too, making it an unabashed entertainer. The songs, though simple, are also catchy and so are the performances of the lead cast and the new leading lady of the film, Kendy Zirdo. The movie is also embellished with some delightful neighborhood dynamics that most

Android Kunjappan Version 5.25 movie review viewers can easily connect witHowever, the zing of the first half deserts the film post interval. The kind of nemesis created for Kunjappan is impact-less, and the presentation of complications in the situation also emerge a bit dull. The way the climax is fashioned, one also doubts what the intent of the storyteller is. When emotional and programmed minds interact, the film seems to say, things can go haywire resulting in misadventures and so, one must be beware of tech upgrades. Regardless, the manner in which the thought is conveyed isn’t striking enough.The movie can reward someone with a taste for sci-fi comedies. Just keep the expectations in check.

The release date of Mamakam is postponed to December