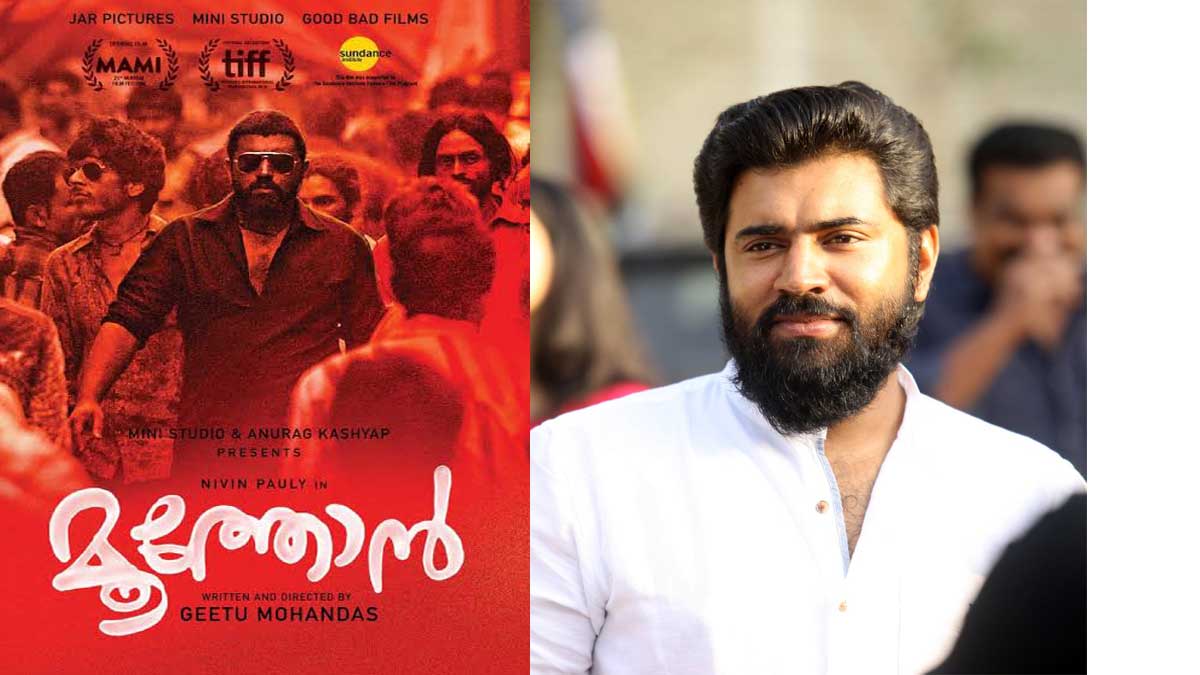 Written and directed by Geetu Mohandas, the much-awaited film Moothon was screened at MAMI this year as the opening film. For a Malayalam film to be able to snatch such a coveted spot is impressive. Was it a smart move to screen it at MAMI before being widely released in the country? Yes, absolutely. Any Nivin Pauly fan would go watch their actor’s new film. Especially when stalwarts like Anurag Kashyap, Geetu Mohandas, and Rajeev Ravi are involved in a project, you know it won’t be just any regular film. But through MAMI, Moothon probably managed to get audiences that would not have watched a Malayalam movie had it been just a regular theatrical release.

The film’s trailer gave us a glimpse of what the film is all about but once you watch the film you would understand that it has been tailored to not spoil the surprises. And, the film’s surprises will leave you stunnMulla, a young teen from the island of Lakshadweep longs to meet Akbar, his elder brother, who had ran away to Mumbai years ago. While some say he ran away because of a broken heart, no one really knows the truth. Mulla sets out on a solo journey via sea to Mumbai in search of Akbar. In Mumbai, no one understands Mulla and the teen soon gets sent to a children’s home. Here, he meets Raju whose mother Rosy is a sex worker in Kamathipura. One day, Mulla escapes the children’s home and goes in search of Rosy (Sobhita Dhulipala). Rosy tries to help Mulla but Bhai (Nivin Pauly), the local gangster and his aide Salim (Shashank Arora) kidnap Mulla. Bhai is a heavily heroine-addicted child-trafficker with a past that still

haunts him. His past involves Aamina (Melissa Raju Thomas), Aamir (Roshan Mathew) and Moosa (Dileesh Pothan). Did his past turn him into what he is today? Will Mulla find Akbar? Geetu Mohandas answers these questions and more, wonderfully. Moothon is a torchbearer for the Malayalam cinema. The film will leave you stunned and in awe of what Mollywood has achieved. If you love Nivin Pauly for the incredible artist that he is, you simply cannot miss Moothon. Geetu Mohandas’ Moothon is a movie that the Malayalam film industry should be proud of. Here’s hoping Nivin Pauly’s character acts as an inspiration for other Malayalam film actors to explore beyond the ‘safe zone’.

If Mammootty can do it, I can too; Rehman leaving fitness photo.

Look at these new stills from Mamangam !

“When my father told me, my mother was pregnant again after 18 years, But I was not happy!