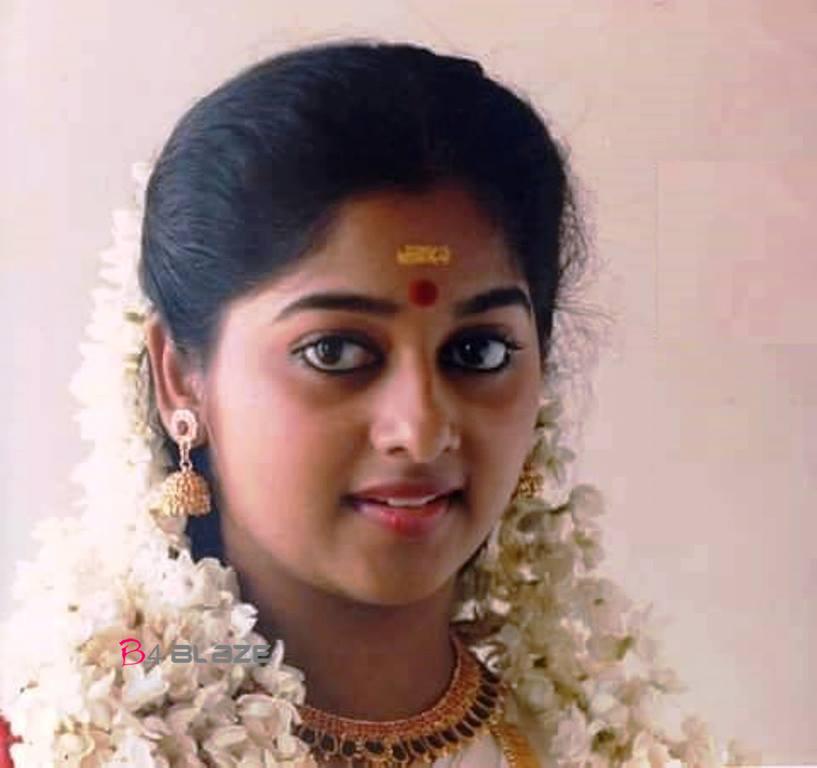 She died in a car accident near Cherthala, Alappuzha on 5th December 1992 at the age of 21.
Moonbeam. That was what she embodied onscreen. You just couldn’t get enough of it, you never even realized as it enveloped you in its cool and welcoming glow, and you were so suffused in it you hardly realised when she withdrew. You were already in a good, warm and comfortable place inside your head, snug and joyful by then. Right from her debut in MT – Hariharan team’s Nakhakshathangal (1986) to her last, Cheppadi Vidya (1992), in a short span of six years, she managed to give you a varied handful of onscreen portrayals that refuse to go away, try hard as one could. She never had to try hard to do that for any of those roles – emoting came effortlessly, almost like her natural grace,  it was obvious on screen. I still remember that cold morning in December when you opened up the newspaper, mind still asleep, and the headline screamed at you about her passing away. It was one of the moments when you really, really sat down and questioned the “Natural Order of things”.

Monisha Unni’s lineage and her deep love in Indian Classical dance shined through her characters, imparting every role a grace that don’t come easily to most. Her roles, even when it slid down and rested uncomfortably in the ‘industrial typecast ones (think Thalasthanam) even made it look dignified just by her presence onscreen. I have just tried to bring together those that are still memorable to me and mostly representative of the variety of roles she played in Malayalam, fortunate to have worked with some of the industry’s talented best in the short period she graced Malayalam cinema.