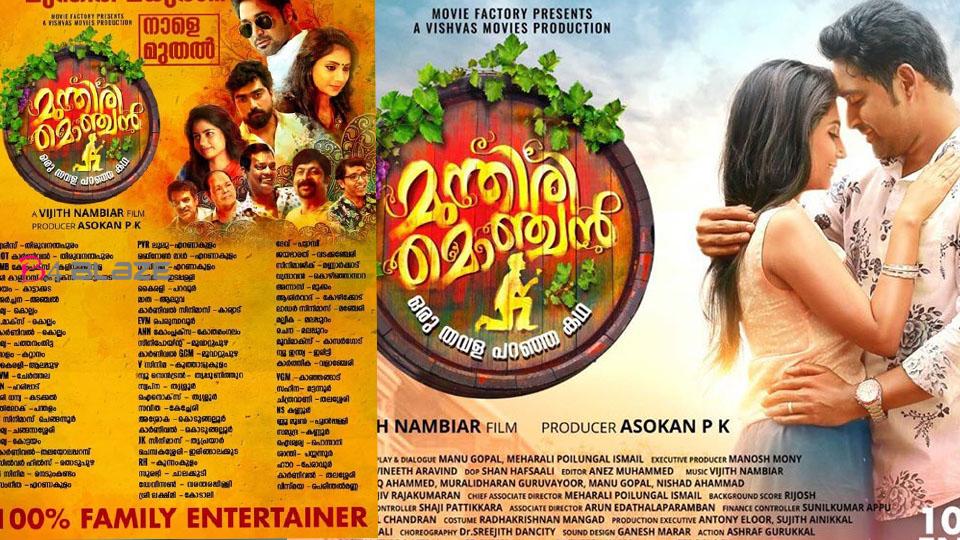 Munthiri Monchan: Oru Thavala Paranja Kadha is an Indian cinema made in the Malayalam language directed by debutant director Vijith Nambiar for producer PK Ashokan. The film, a Movie Factory presentation stars Manesh Krishnan, Gopika Anil, Salim Kumar, Innocent, Devan, and Saleema with several others. The film unites actors Devan and Saleema after a gap of 31 years as the pair’s last film was Aranyakam directed by Hariharan, written by M. T. Vasudevan Nair.

Munthiri Monchan: Oru Thavala Paranja Kadha revolves around Vivek Viswanath, a young marketing guy working in an advertising firm and his accidental meeting with Ima Rajiv, who runs an online lending library startup. Deepika enters their life as the third person on a train trip to Mumbai. Further incidents in the film give rise to humor, satire, and emotion. Manu Gopal and Meharali Poilungal Ismail have penned the script. The film is a feel-good romantic urban movie and a musical entertainer.
previous post