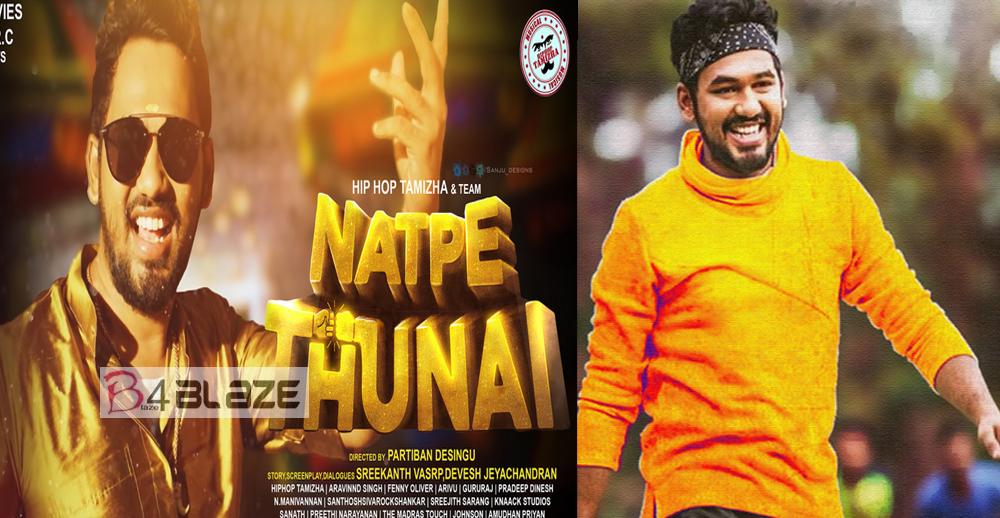 Natpe Thunai is a Tamil language sports comedy film directed by D. Parthiban Desingu in his directorial debut, while Sreekanth Vasrp and Devesh Jeyachandran have written the film’s story, screenplay, and dialogues. The film is said to be based on the sport of hockey, which stars Hiphop Tamizha in his second lead role while debut actress Anagha plays the female lead with director Karu Pazhaniappan in an important role alongside actors Harish Uthaman, RJ Vigneshkanth, Pandiarajan, and Shah Ra.

An international hockey player who has chosen to leave the sport picks it up again to save the ground of a local team.

Natpe Thunai Movie Review: Natpe Thunai begins with Prabhakaran (Adhi), a happy-go-lucky youngster in Pondicherry, whose only ambition is to move to France. He goes to Karaikal for this purpose, but there he ends up falling in love with Deepa (Anagha), a hockey player. And through her, he comes in contact with Shanmugam, a retired military man who is the coach of the local hockey team.

A corporate is after the ground where Shanmugam’s players practice, and they are aided by the local politician Harichandran (Karu Palaniappan). How Prabha becomes involved in this and helps Shanmugam and his team forms the plot.

Natpe Thunai feels like a blend of plot threads from various films. There is the angle about a bunch of people who have to win in a sport to win back what is rightfully theirs. The sport here is hockey, and as in Chak De India, we get a no-nonsense coach. A sub-plot about a friend who gives up his life after his dream is thwarted by the system that feels straight out of Gentleman. Another plot thread, involving a corporate that is furtively trying to set up its factory (obviously, it is harmful to the environment) by displacing a group of people, reminds us of Kaththi.

But the film never comes together as a whole. And it is not because of the disparate storylines. The problem is that the film doesn’t use any of those effectively. It picks up one thread only to drop in after a couple of scenes and moves on to the next one leaving us unsatisfied. The filmmaking, too, mimics this approach. No moment is allowed to linger for long. And the rapid cuts don’t help. The film feels like it is in a constant state of a rush to move on to the next scene – even before the current one has reached its conclusion. And this is why it feels emotionally uninvolving. We are hardly invested with the character and their struggles. Even the sports scenes are shot in a slapdash fashion that we are hardly roused during the climactic stretch.

What it offers is momentary gratification. And this, it achieves with idealistic lines (spoken by Prabha), political satire (through Harichandran, who speaks only in wisecracks) and a sense of affiliation (through its casting of YouTube stars). The tragedy is that its target audience – the 20-something crowd – is satisfied with such an approach.

Amala Paul Takes the Next Big Step In Life!