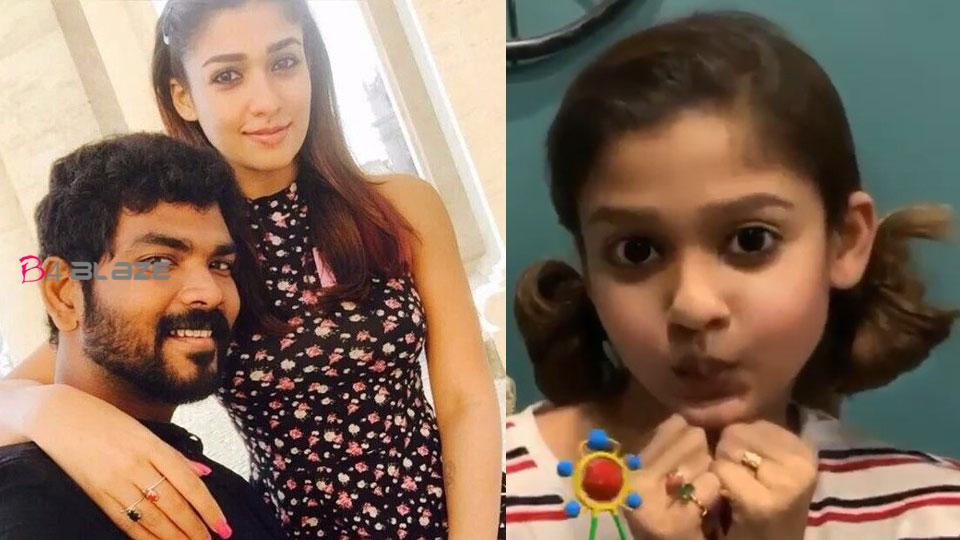 Nayanthara and Vignesh Sivan are the favorite couple of Tamil film lovers. Fans are eagerly waiting to hear about their new features. Reports circulated last week that Nayans and Vignesh had corona. Some Tamil newspapers have spread such fake news.

There were reports that both were in Isolation, in Egmore, Chennai. Now Nayans and Vignesh have come up with a response to all the corona news. The duo responded with a funny video shared on Instagram.

‘This is how we view the news around us. We are happy with the Corona news that the media and social media have envisioned. Staying healthy. God has given you the strength and joy to watch such jokes. God bless. Vignesh Sivan shared the video on his Instagram page.

‘Kannamma weep over what happened’ The two hot spots in Chennai, Kodambakkam and Valsarawakkam, are mostly Tamil film stars. It was then that some celebrities and some Tamil filmmakers were rumored to be infected with the corona. Enjoying every moment of being a father! Her daughter’s first word was ‘father’: Deepan Murali

Meanwhile, Vignesh Sivan is in the pre-production work of the new movie Kathu Vakkula Iru Kadhal. Vijay Sethupathi is playing the lead role. Nayanthara is the heroine. Samantha also plays the lead role. Vignesh Sivan had announced the film on Valentine’s Day. Nayanthara is still making her mark in Tamil films. The actress is getting ready for many films. Everyone is looking forward to Nayan’s, Vignesh’s wedding.

Related Topics:kollywoodNayantharaVignesh Shivan
Up Next 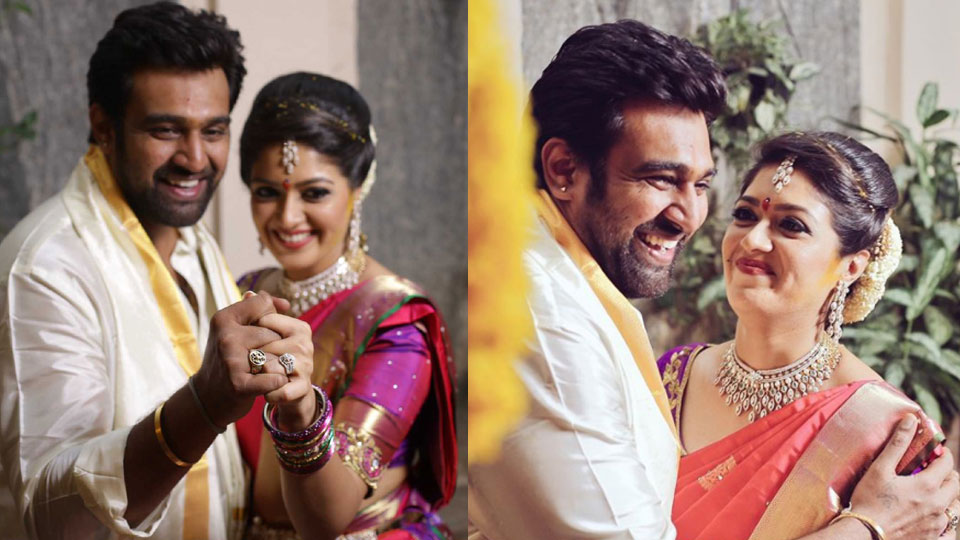 Actress Meghna Raj gave birth to a baby boy last day. The baby of Meghna Raj and Chiranjeevi Sarja, who passed away prematurely, was born with many special features. She gave birth at a private hospital in Bem Galuru on Thursday morning. The mother and baby are fine. Dhru’s picture of brother and sister-in-law’s baby holding shoulder went viral on social media 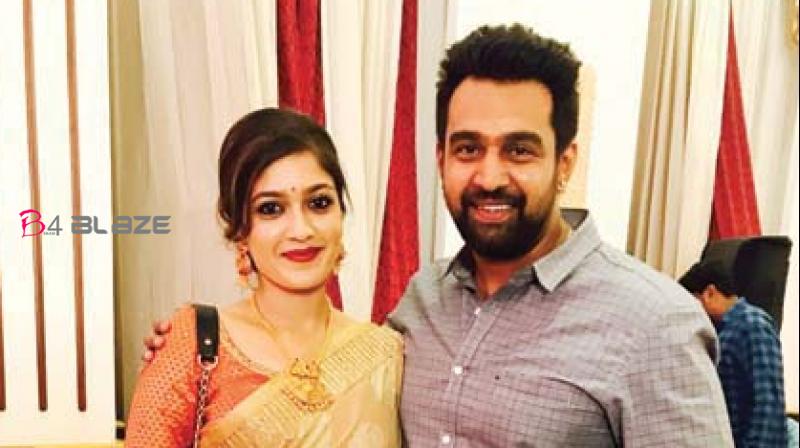 Fans and Meghan’s friends are overjoyed to hear the news of the birth of a baby boy. ‘Chiru and Meghna got engaged on the same day three years ago. This is a bad feeling and a coincidence. My son-in-law is back in the world, “said Meghna’s mother Prameela. The engagement took place at Meghna’s house in Bangalore. Only close friends and family attended. Then there was a small party at Leela Palace. The month of October is very important for the Sarja family. October 17 is Chiranjeevi Sarja’s birthday. October 6 for his brother Dhruv Sarja. 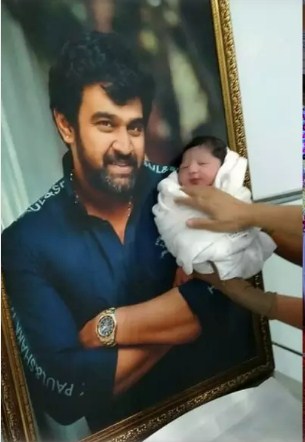 He was born on 11.07. These last four months, I don’t know how every moment has passed. The time when the husband should always be close. How sad my daughter’s mood was. But strength was with her. Meghna is a bold girl. And the whole family stayed with her. ‘- Father Sundarraj says. ‘Meghna and Chiru’s engagement will be solemnized on October 22, 2017. The baby was born on the same day. I believe this is the rebirth of Chiru. Chiru’s picture was placed next to Meghna when the baby was born. As soon as he was born, we first showed Chiru, ”said Sundarraj. 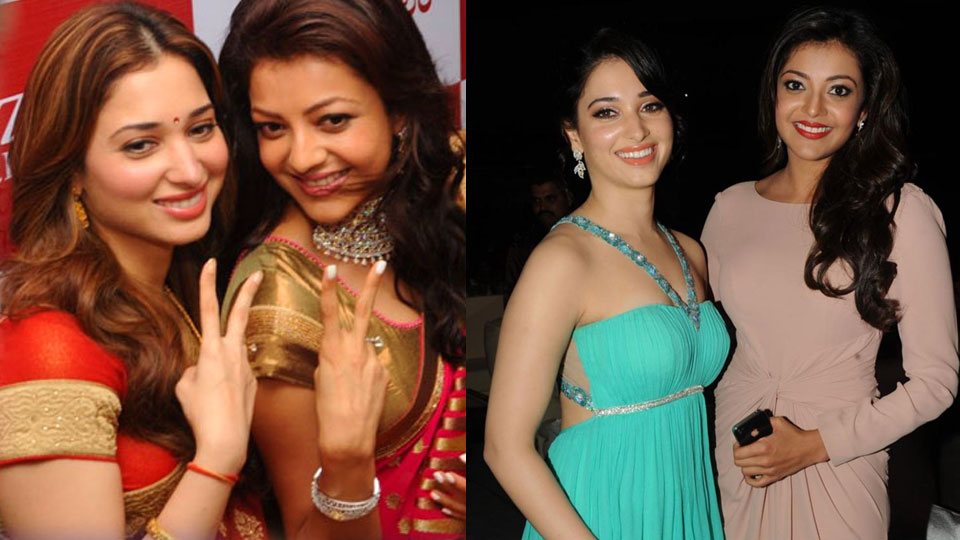 Actress Tamannaah WHO had recently tested positive for Coronavirus throughout a shooting in Hyderabad had been unintegrated and received treatment, following that she recovered and tested negative to induce back to her direct metropolis.Now the role player is obtaining back to her traditional life and has been that specialize in her fitness routine. 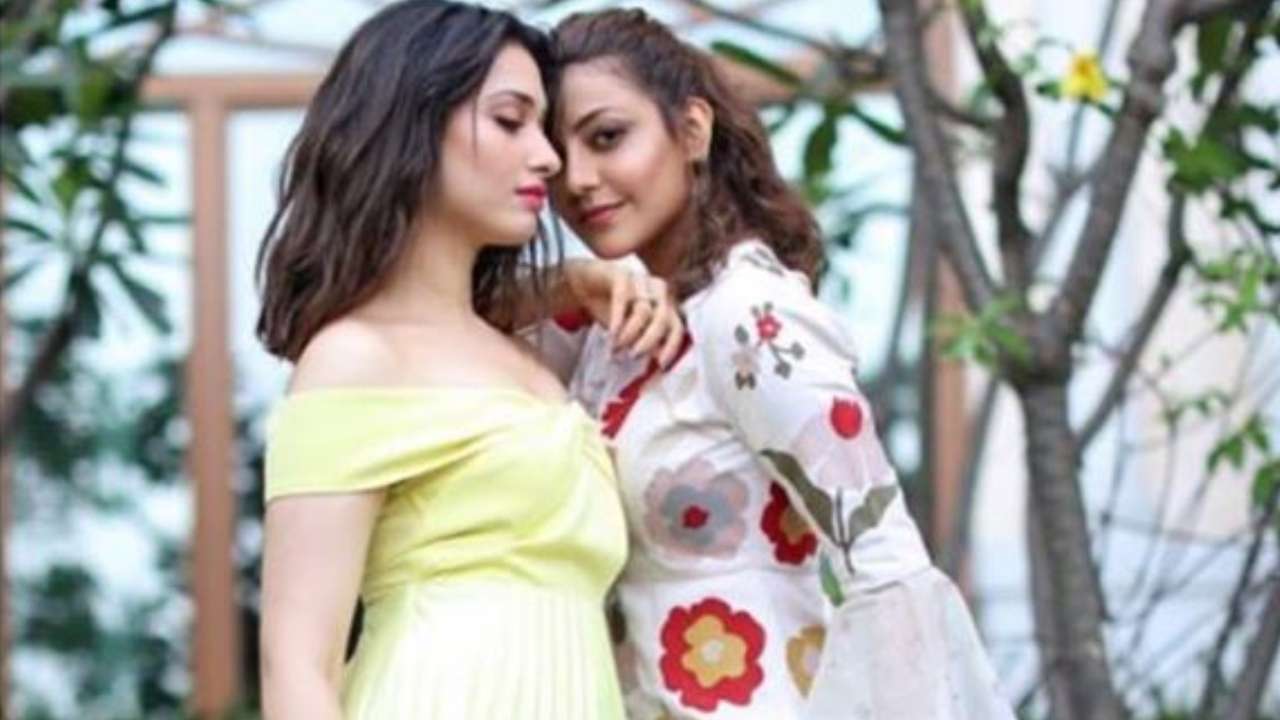 Yesterday Tamannaah took to Instagram to act along with her fans, and one among them asked concerning her association with role player Kajal Aggarwal, WHO shares an excellent relationship with Tamannaah.Tamannaah replied “Whenever we tend to meet, we’ve got deepest conversations. it’s perpetually fun to fulfill and hang around with Kajal Aggarwal. i’m want her a contented married life. causation ample like to you, Kaju”. This hearty message from Tamannaah to Kajal Aggarwal has created fans of each the celebrities happy. 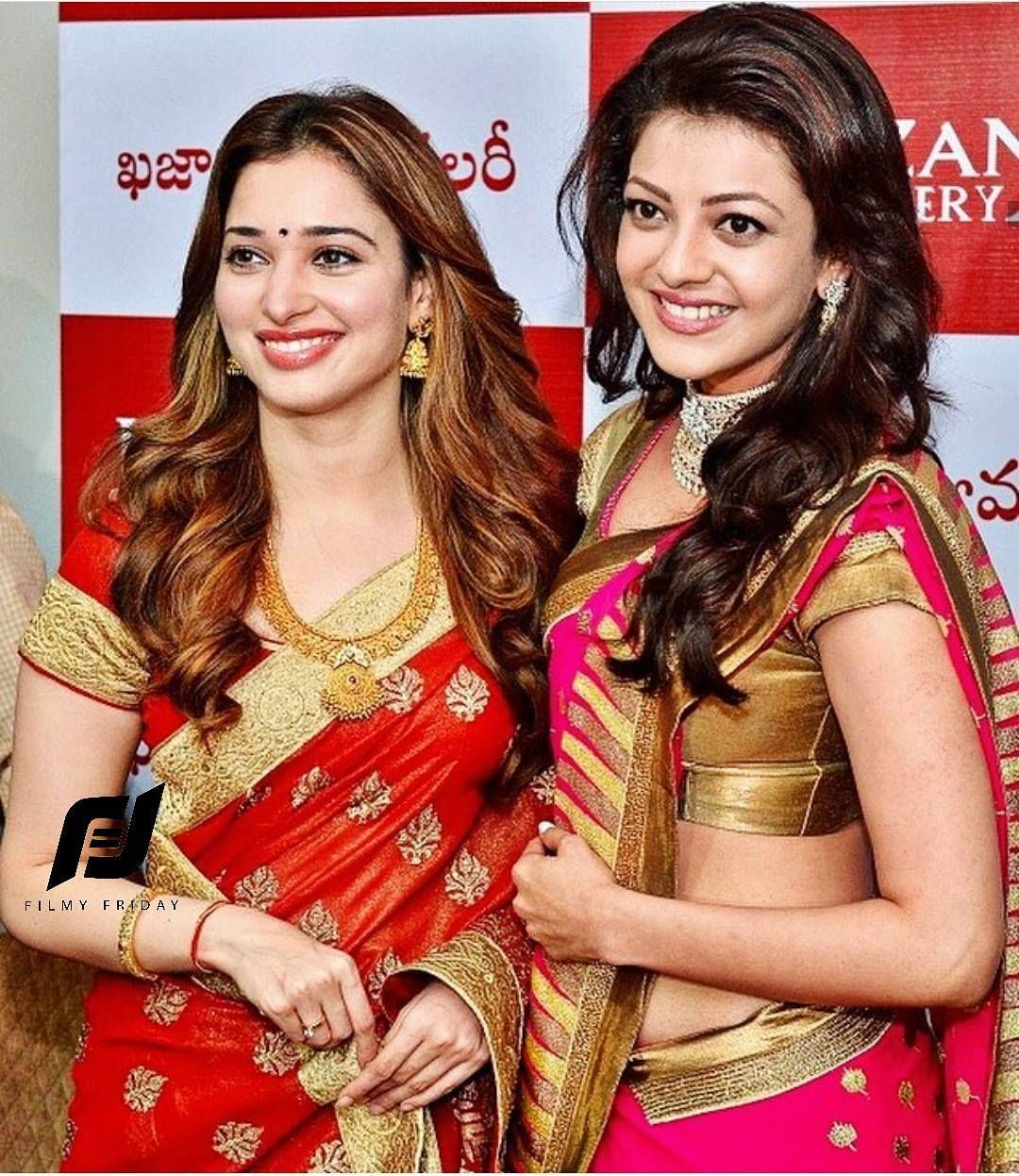 Kajal Aggarwal and Gautam Kitchlu ar prepared to be married on thirtieth Gregorian calendar month. The actor earlier proclaimed her wedding on Instagram and left her fans excited. because the big day nears, the actor is busy doing up her new abode wherever she is going to be getting with Gautam when the marriage. Sharing a sneak peek into the new house, the actor asked her fans for suggestions. Kajal wrote, “Doing up our new pad! Any suggestions?” The actor additionally unconcealed that Gautam helps her move into moving the things. She wrote, “Also spot the Mr” tagging Gautam within the story. 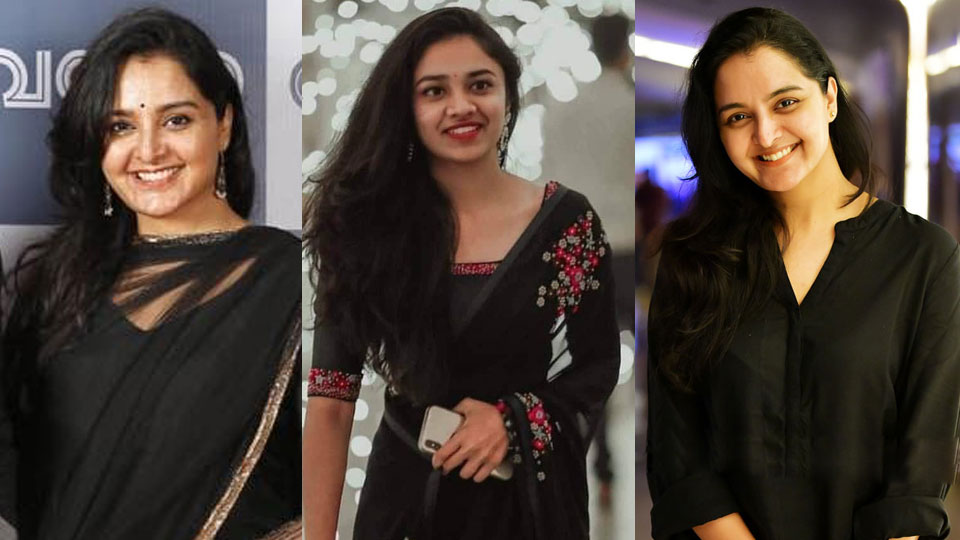 Manju Warrier is an actress known as the Lady Superstar of Malayalam. Dileep, who is also the ex-husband of Manju Warrier, is a popular Malayalam superstar. Despite their divorce, the two are still the favorite stars of Malayalees. The couple, who initially starred couples on the big screen, was later celebrated by the audience when they were together in life. But even though the two later separated, there was no lack of this love and affection between the two. Dileep and Manju Warrier got divorced in 2014. Earlier, there were reports of differences between the two. 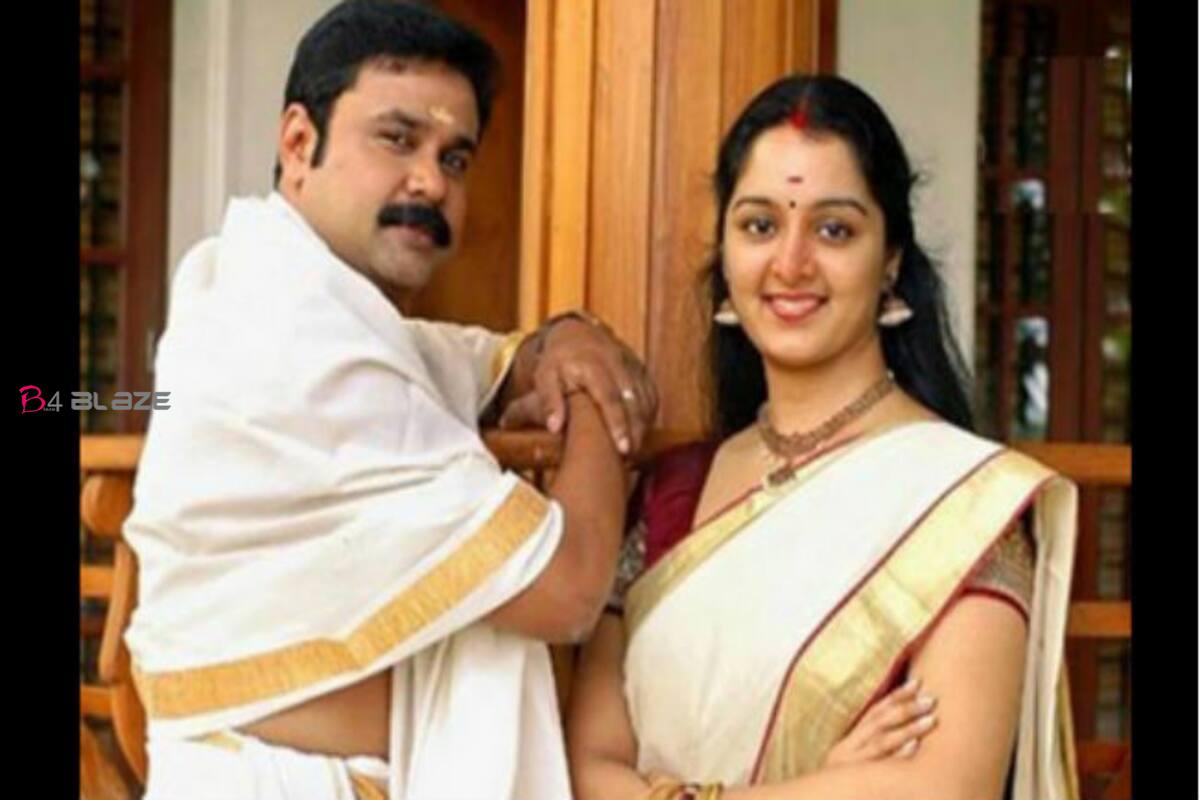 When the two separated, Meenakshi was staying with her father Dileep. Later, Meenakshi supported Dileep in his marriage to Kavya Madhavan. Dileep is getting married to Kavya Madhavan on November 25, 2016. In 2018, they had a daughter named Mahalakshmi. All the pictures of Mahalakshmi’s birthday celebration went viral on social media. At the same time, Meenakshi was in Chennai for study. But Meenakshi is now at home in Padmasarovar, Aluva, as her studies have been suspended due to a lockdown.

Meanwhile, pictures of Meenakshi and Manju Warrier are now going viral on social media. The images of the two wearing black churidar are going viral. Images of a mother and daughter posing together have gone viral on social media pages and fan groups. Fans say the daughter is just like the mother. Manju Warrier made her Malayalam film debut with a small role in Mohan’s Sakshyam. Later, Lohithadas and Sundardas teamed up with Dileep in the lead role. 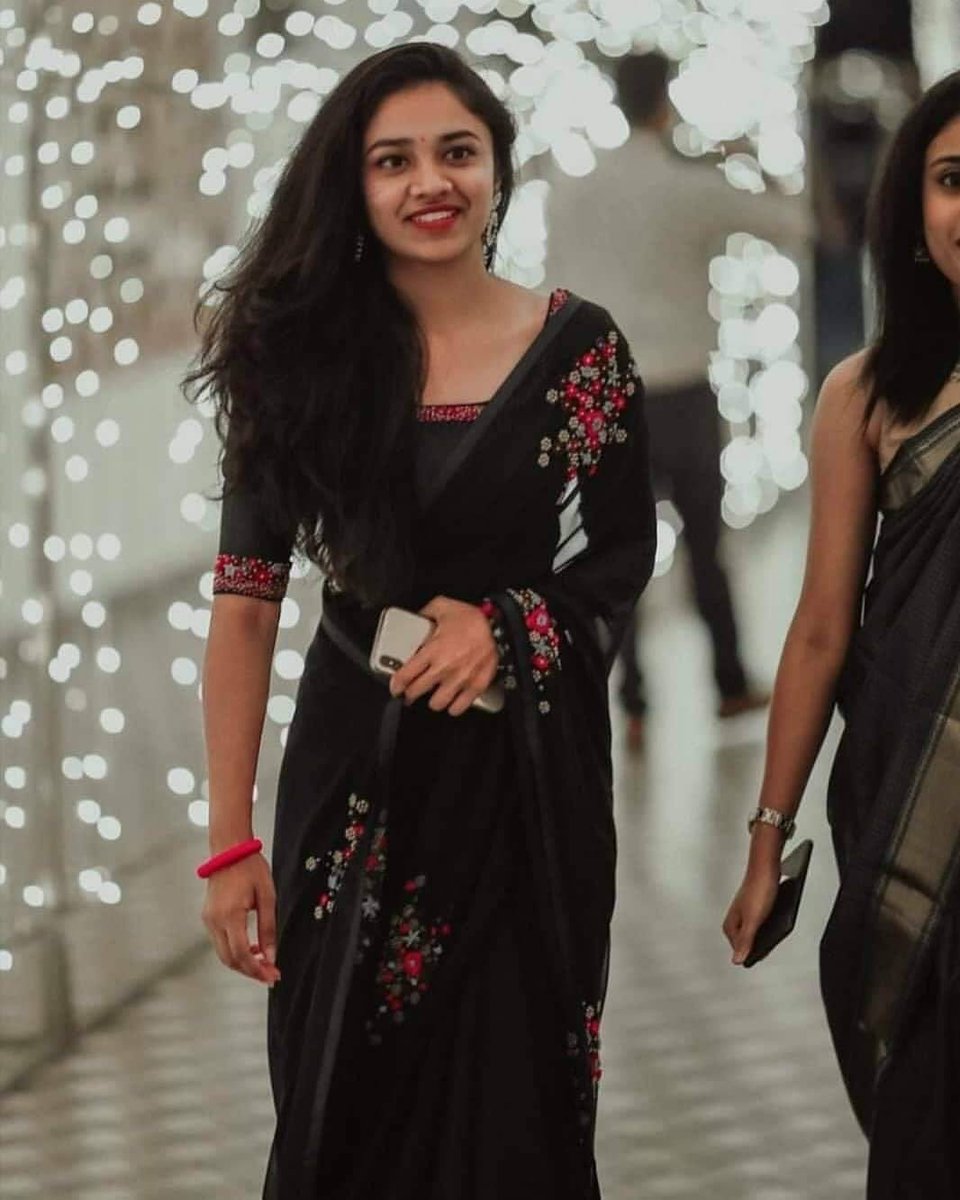 Manju won the State Film Award for Best Actress for her performance in Kamal’s Ee Puzhayum Kadannu. Her performance in the 1999 film Kannezhuti Pottum Thottu received a Special Jury Mention. Manju left acting after her marriage to Dileep and returned to the stage on October 24, 2012, after 14 years. The actress made her comeback in 2014 with the film How Old Are You. Manju Warrier, who has been making great films for the second time in a row, has acted with Dhanush and Tamikam.