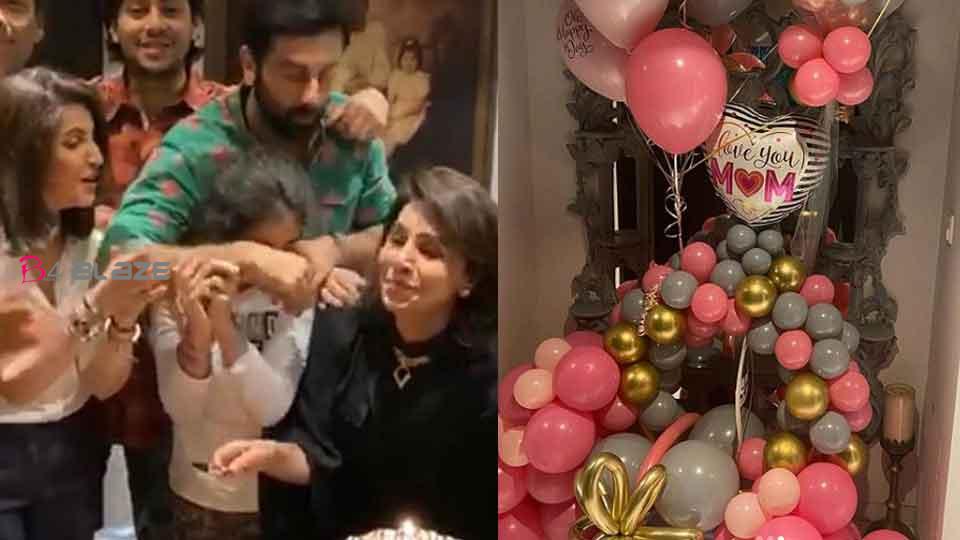 Bollywood actress Neetu Kapoor celebrated her birthday on July 8. Many people including Karan Johar, daughter Riddhima Kapoor Sahni, son Ranbir Kapoor were present on this McKay. But Alia Bhatt could not be seen. Neetu Kapoor has shared some pictures of birthday celebrations on social media, in which Alia is not seen. However, Alia Bhatt wished Neetu Kapoor by sharing her old photo. It was written that I started loving you more every day.

Earlier in the night, Riddhima Kapoor Sahni celebrated the birthday of mother Neetu Kapoor, whose photos she shared on social media. Treat the fans. Both Riddhima and Neetu were seen posing in the photo. Posting the photo, Riddhima wrote in the caption that the mother has a birthday and we are all going to have dinner together.

The richest are the ones with good relationships!!! We all need love ,support strength from our loved ones always 💕💕💕💕I feel the richest today 🤗🤩

The Kapoor family is under house arrest due to the lockdown. The quality time is vibrating with each other. Earlier, Riddhima Kapoor shared a photo in which she told that mother Neetu has cut my hair at home. Has given a perfect look.

A few days ago Neetu shared the photo of the entire family. In the photo, she was seen alongside Rishi Kapoor, son Ranbir, daughter Riddhima Kapoor, and Natin. While sharing this photo, Neetu wrote, ‘I wish this photo is always complete. They also made a heart emoji together.

That fake profile is not mine: Meera Nandan!