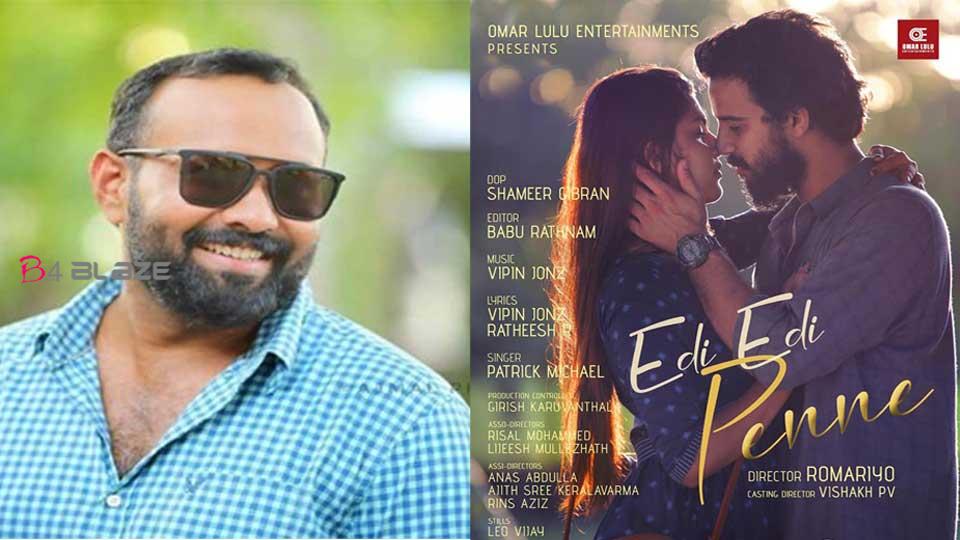 Omar Lulu is one of the best hitmaker of mollywood in current generation.He made his directorial debut in 2016 with Happy Wedding,and movie became the sensational hit.After the success of his first movie,he introduced many youngters to malyalam film industry.

His second film, Chunkzz, starring Honey Rose and Balu Varghese,released on August 2017 and was a super hit at the box-office, which collected around 20 crore at the box office.His third movie Oru Adaar Love was an international sensation. Dhamaka was his last movie released,New movies in planning are Power Star starring Babu Antony and freshers’ LoveYathra’.

OmarLulu started a new venture of production company ‘Omar Lulu Entertainments’ with the aim to introduce bunch of talents to film industry.and his first music album are trending in social media.

The music album titled as ‘Edi Edi Penne’ is released in two languages in Tamil and Malayalam.and album are getting large acceptance in youtube.

The album is directed by Romariyo,the malayalam version of the album are titled as Edi Edi Penne was sung by ‘Parick Michael’,and the tamil version titled as ‘Adi Adi Penne’ is sung by ‘Kaushik Menon’.

The both version are well appreciated among the viewers.and the song are in trending list.