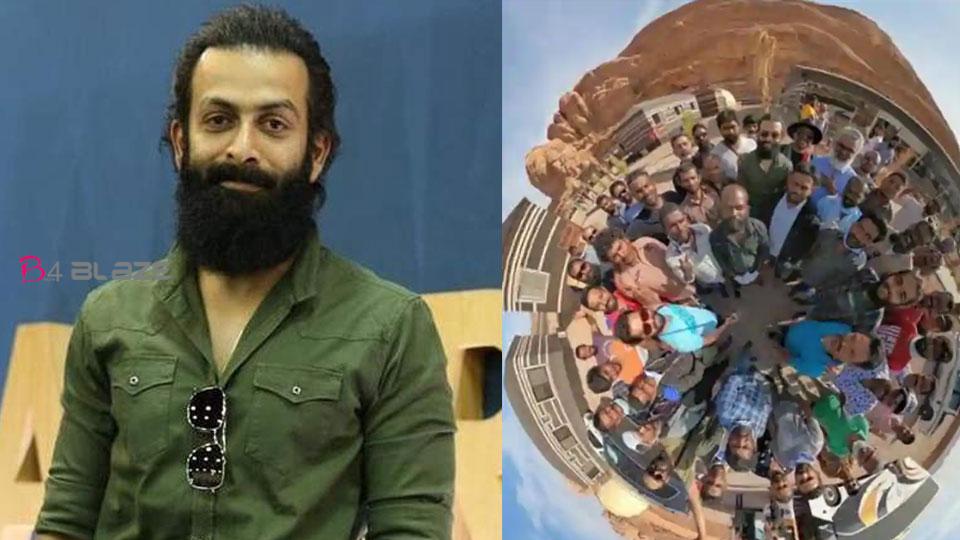 Kovid also confirmed to one of the shooting crew that went to Jordan to shoot the film Blasi.The native of Kattakambal was diagnosed with the disease. He returned home with a group stranded in Jordan and has been living in the Quarantine on the Vellanikkara since May 22.

The test results were positive when he was alone in the quarantine at home for three months. He will be shifted to Kunnamkulam Taluk Hospital. Kovid had earlier confirmed to the Malappuram native that he had gone with the group as an Arabic translator.

Last month, Prithviraj and the crew of Aadiveezam Cinema were returning from Jordan to Kerala. He then stayed at a hotel in Fort Kochi. The star’s Institutional Quarantine was completed on May 29th. The star had previously announced he would be home quarantine next week. Prithviraj, however, decided to return home after spending his Quarantine days at another safe haven.

Prithviraj and his team, who were on their way to Jordan to shoot a livelihood, were trapped by Kovid. Union minister V Sreedharan demanded that the team be deported. Muralitharan was approached. Later, when the situation improved, the filming schedule was completed with special permission from the Jordanian government.

Anil Kapoor has the Cutest Birthday Wish for Sonam Kapoor

Prithviraj’s Karnan: What Happened To The Project???

Prithviraj fulfilled her wish before closing the sight, even the emotional moments!