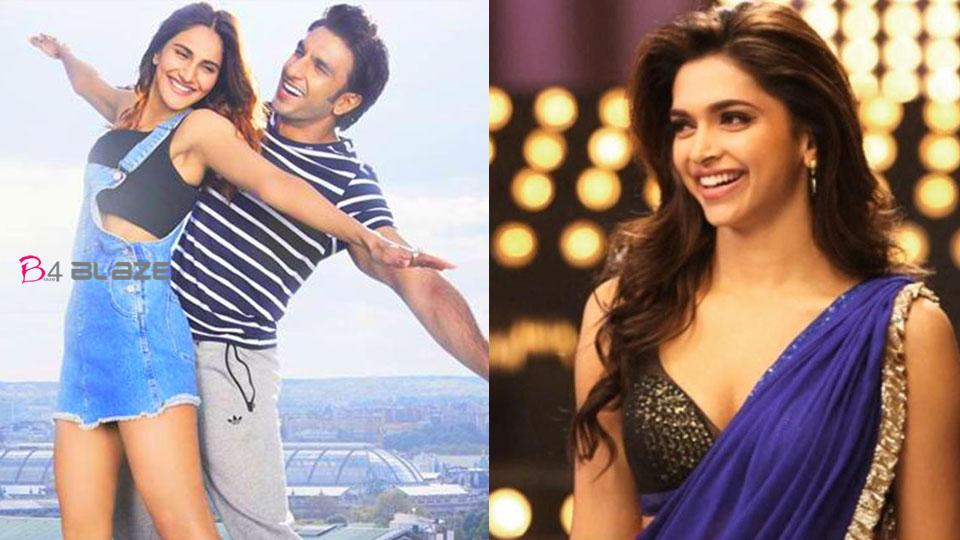 Ranveer Singh and Vaani Kapoor’s film Befikre was released in the year 2016. The film did not get a good response at the box office, but the film was in the limelight for both kissing scenes. Actually, the film had 23 kissing scenes between Ranveer and Vaani Kapoor. At that time Deepika Padukone and Ranveer were dating each other. Although both did not officially commit at that time.

At the time when Deepika was asked that there were reports that you had allowed Ranvir to do 23 times on screen, Deepika said, “If the script of the film is in demand then the actor must do it all”. Deepika also said that she has no problem with Ranveer’s kissing scenes in films as she too has given kissing scenes in her films many times.

A few days ago, Ranveer chatted live on Instagram with Indian team footballer Sunil Chhetri.  During this, Sunil spoke to Ranveer about Deepika. During this, Sunil told that when he talked to Deepika, he told how Ranveer always used to send flowers to her when dating because Deepika loved flowers.

He also said that when Deepika was telling him this thing, there was different happiness in his talk. Listening to Sunil, Ranveer laughs and says, “Look at the young gentlemen of today and learn from me this happens patna, this is the maneuver.”

After this Ranveer says, ‘I knew that Deepika loves flowers so whenever she came from the shoot, I used to take flowers for her. Sometimes if she used to shoot somewhere, I would go there with flowers. Actually, it was only after 6 months of dating that I came to know that Deepika was made for me and I always tried to keep her happy in my life.

These 8 favorite stars were married before their Bollywood debut

Who is the rocking star in the industry? Madhuri Dixit answer the question!

Get really emotional when my co-actresses get married: SRK

Happy Birthday Deepika Padukone: This is the means by which Padmavati performing artist figures out how to separate herself from the Bollywood rodent race !

I would not like to work with Bollywood hotshots: Majid Majidi on not throwing Deepika Padukone !