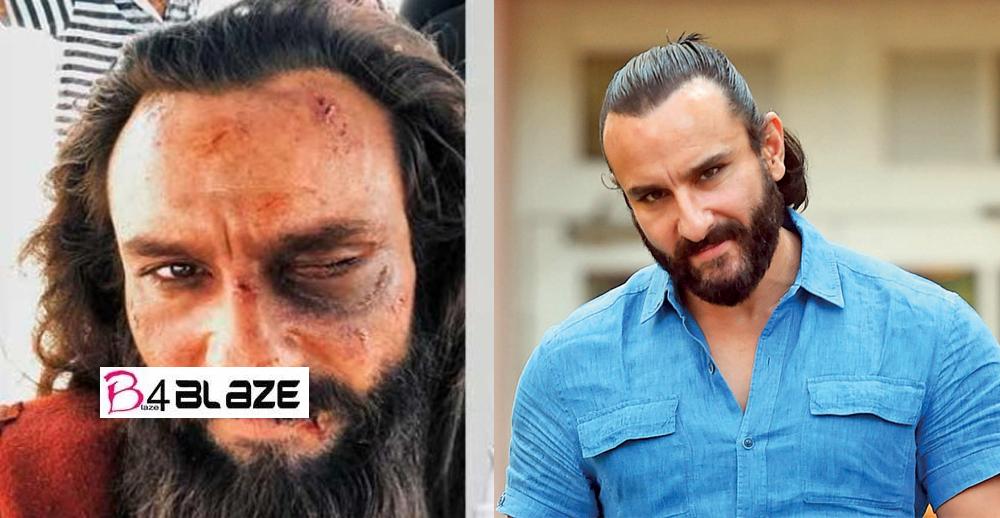 Lal Kaptaan, a film made under the direction of Navdeep Singh, is very much in discussion these days. Saif Ali Khan is in the discussion about his character in this film. In this film, he appears in the getup of Naga Sadhu who is on a mission to complete his revenge. In the film, Saif is being praised for the different getups. Saif Ali Khan is very busy shooting this film. Meanwhile, a terrible photo of Saif Ali Khan has surfaced on social media. Saif is injured in this photo. Indentation marks are visible in many places on his face. Not only this, Saif’s eye is seen in a very bad condition in the photo. Fans are quite surprised to see this photo of Saif.

If you too are getting upset seeing this photo of Saif, then for your information, tell that Saif is absolutely fine. Because the wound marks on Saif’s face are not real. Saif has worn the character of his upcoming film Lal Kaptan. This photo of Saif Ali Khan has been leaked from the shooting set of Lal Kaptan. This photo has been shared by Bollywood cameraman Viral Bhiwani on his Instagram. While sharing this photo of Saif, Veeran wrote in the caption, ‘Some photos of Saif Ali Khan getting ready for his role in Lala Kaptan’.

Let us know that it has been produced by Sunil Lulla and Anand L. Roy. Apart from Saif Ali Khan, the main characters are Manav Vij, Sonakshi Sinha, Zoya Hussain, and Deepak Dobriyal. The film will be released in cinemas across the country on October 18.

Happy Birthday Rekha: In this compulsion, Rekha did work in films, but today there are thousands of fun in those eyes.

My role in ‘Baazaar’ was challenging for many reasons: Saif Ali Khan