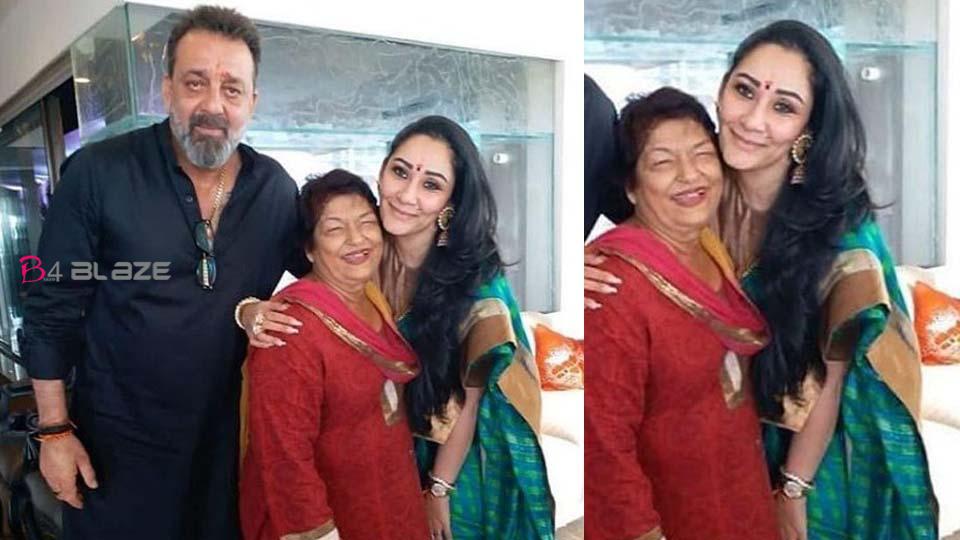 Bollywood choreographer Saroj Khan died of cardiac arrest at Guru Nanak Hospital in Bandra, Mumbai on Friday. The industry has suffered another setback with his death. Please tell that on June 24, he was admitted to the hospital due to difficulty in breathing. Earlier, there was also the dialysis of Saroj Khan. After the death of Saroj Khan, Bollywood is continuously posting on social media and giving them emotional reverence. Bollywood actor Sanjay Dutt is also named in this list. Sanjay Dutt also shared a photo of Saroj Khan with wife Manyata Dutt remembering Saroj Khan, which is now going viral.

Paying tribute to Saroj, Sanjay Dutt wrote, “This news has broken my heart. Saroj ji was not only a legend but also a humble person. Our relationship was very beautiful and we worked together for many films.” No one can take their place in the industry because there is no one who can dance like them. ॐ Peace.

This news has left me heartbroken. Saroj ji was not just a legend but also a humble person. We shared a beautiful relationship & worked in many films together. Her contribution to the industry is irreplaceable as there was no one who could dance like her. Om Shanti.

Please tell that Saroj Khan was handed over to the Charkop Cemetery in Mumbai. After the admission of Saroj Khan to the hospital, her corona infection was also investigated, the report of which was negative. Let us tell you that Saroj started working in films as a child artist at the age of just 3 years. Her first film was Nazrna, in which she played the role of a girl named Shyama. 71 years old Saroj Khan was born on 22 November 1948. In the 50s, she also acted as a background dancer in many Bollywood films. In a career spanning over four decades, Saroj Khan is credited with choreographing over 2 thousand songs. He last choreographed Madhuri Dixit in Karan Johar’s production Kalank Taabh Ho Gayi in 2019.

Honey Singh made a tremendous body by exercising in the gym, fans were also surprised to see the transformation of the rapper

Youths wants a wife like Swasika, Here is the reason!