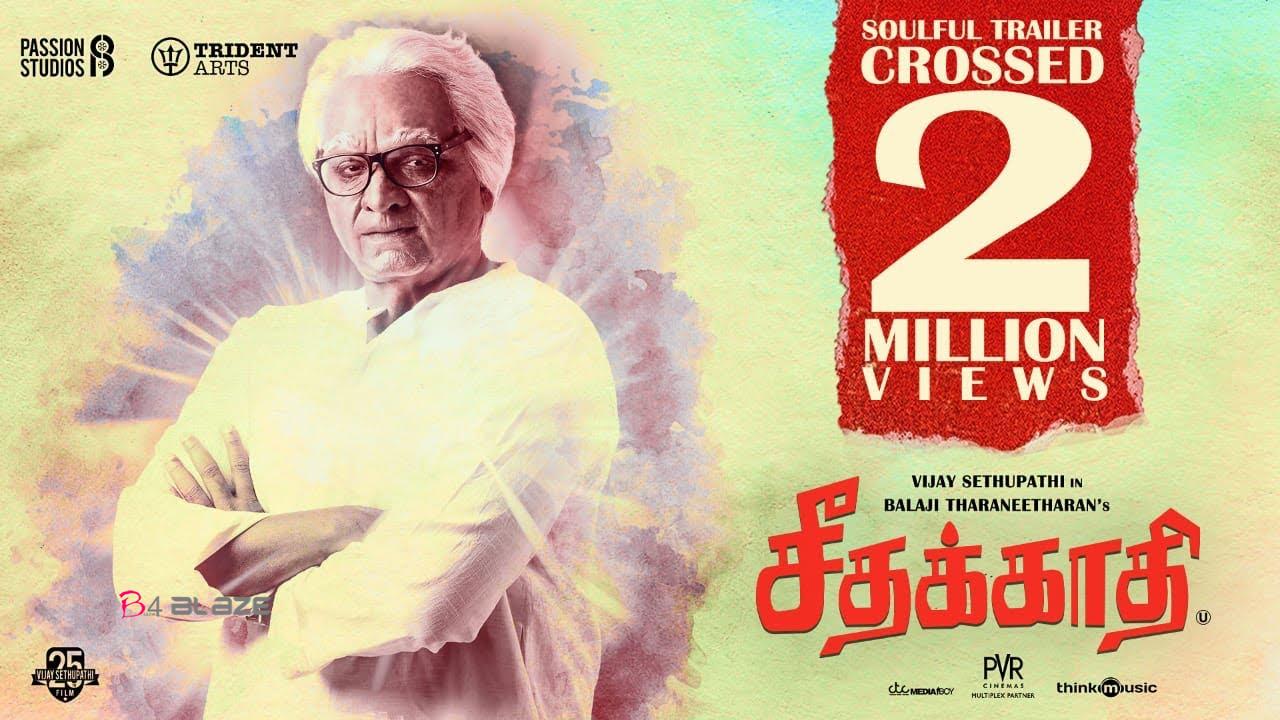 Vijay Sethupathi is back with his next big release Seethakaathi. In an exciting development, the official trailer of the actor’s eagerly-awaited film has been released and it is quite intriguing. In it, we see Vijay Sethupathi as an old actor who just simply is not interested in returning to the big screen again. The actor’s transformation is simply stunning and it is bound to make the fans love him more.

Seethakaathi has been directed by Balaji Tharaneetharan and it also features Archana in the lead. The supporting cast features names such as Parvathy Nair and the veteran director Mahendran.