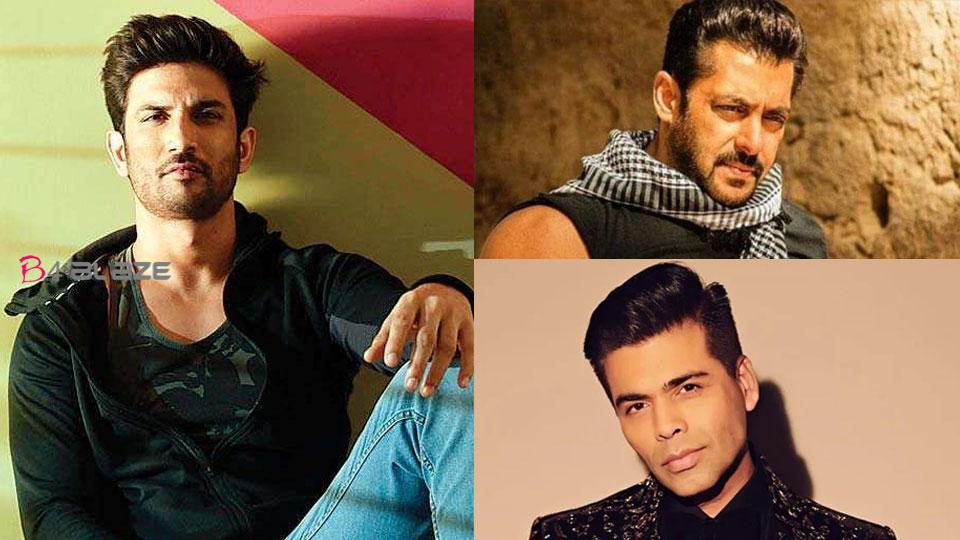 The death of young actor Sushant Singh Rajput is the main debate in the Hindi cinema world. Advocate Sudhir Kumar Ojha has filed a complaint in the case against Karan Johar, Salman Khan, Sanjay Leela Bhansali and Ekta Kapoor in connection with Sushant’s death. The cause of Sushant Singh’s suicide remains unclear. However, some celebrities including Sushant Suhant were blamed for the suicide in the Hindi cinema world. There have been fierce criticisms of Karan Johar and Salman Khan.

According to ANI, Sudhir Kumar Ojha is currently being sued under sections 306, 109, 504 and 506. Sudhir Kumar Ojha, who is suspected to be responsible for some of Sushant’s seven films, has also been suspended for his release. Sudhir says that is the reason for Sushant’s suicide. Sudhir Kumar Ojha has filed a complaint in Muzaffarpur court. Director Shekhar Kapoor said on social media that Sushant was depressed. Congress leader Sanjay Nirupam also said that after seven films were received in the six months after Chichhora, Sushant was lost

My father only loved money, and for that he ruined my childhood – Kushboo

Shriya Sharma, who entered acting as the daughter of Surya and Jyothika, is now a lawyer

Sonchiriya’s Official Teaser is Out…

Dulquer Salmaan celebrates his birthday with Prithviraj and famliy