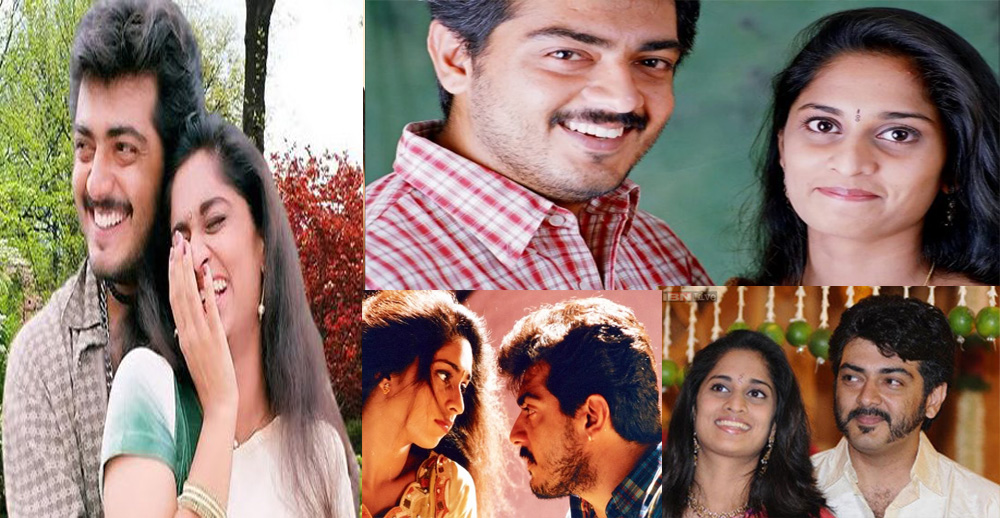 The beginning of that romance was very dramatic. Shalini and Ajith play together for the first time in ‘Amarkalam’. Shalini was not the first to watch her when she approached the press. Shalini was required to write plus two exams. Before the examination, I am not ready to take over, “Shalini said to director Sharan. But Sharan does not ignore. Sharan feels that Shalini and Ajith are a good pair in the film. Without a fulfillment, Ajith called to Shalini for the film. When Shalini reiterated the matter of exams, Ajith said without asking Sharan, ‘First write the exam, we will put out the shooting.’

After finishing the examination, Shalini came to shooting. In the action scene Ajith’s knife shattered his hand accidentally. When he saw Shalini crying painfully, Ajith’s heart pounded. Ajith later said that guilt was a beginning of  love story.

“Once I rolled my hair and went to set in a new style. At the set of Amaraj, Ajith told me that I did not match it says Shalini JW magazine’s 2010 interview.

After Amarkalam shoot, Ajith felt that Saliini was the girl of his life. He wanted to open his will and was scared. But Salini was in love too.

Ajith and Shalini married in 2000. Before the wedding, Shalini had completed a film including Mani Ratnam film Allaiyaattu.

That was a big mistake I taken ever in my life: Amala Paul

The Real History of Bollywood Actresses!